It was a sunny, warm, film-filled day!

First up was Menstrual Man (7/8), which surprised me (in a good way) before it even began – the screening (10:30am at the ROM on a Wednesday) was PACKED! To be honest, I’d selected the film because it was the only one showing before 11am and figured, based on the title, that it might not be a big draw. Boy, was I wrong! The film centers on amiable, good-hearted entrepreneur Arunachalam Muruganantham, who develops a rudimentary but fully functional and affordable machine to manufacture sanitary pads for women living in India’s rural communities. His goal? To help create sustainable business opportunities for these women so that they might gain financial independence, and to increase awareness of the hygienic dangers posed by reusable cloth pads (which, due to the social stigma of menstruation in India, are rarely laundered and dried correctly to kill bacteria) amongst all Indian women. Regarded as a deviant and pervert by traditional Indian society, Muru nonetheless perseveres and promotes what he deems the “butterfly” (beneficial) – not the “mosquito” (blood-sucking) – model of business. 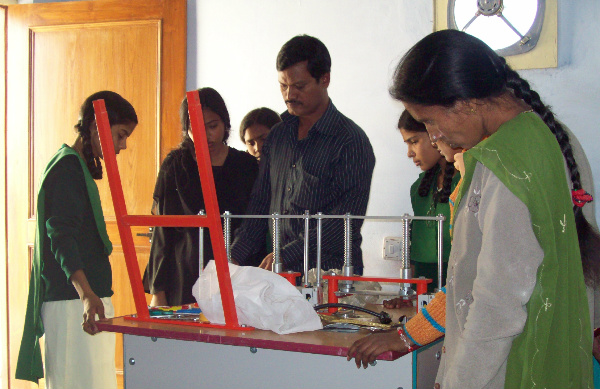 Light-hearted while still informative and rich, Menstrual Man shines a light on one person’s noble efforts to make the world a better place, and demonstrates that you don’t need to be a massive multinational corporation to influence societal change and make a difference.

The film was preceded by the charming short The Barrel (6/8), which follows a boy named Luis living in a village (built on stilts) along Lake Maracaibo in Venezuela. The lake is drilled for oil on a regular basis and, despite the vast amounts of money that oil generates, very little of that revenue makes it to the impoverished village residents. The Barrel, in a roundabout and nicely subtle way, address this economic imbalance through Luis’s quest to find an empty plastic barrel so that he can compete against his friends in a barrel race. The result is a simple but entertaining look at persistence in the face of poverty. 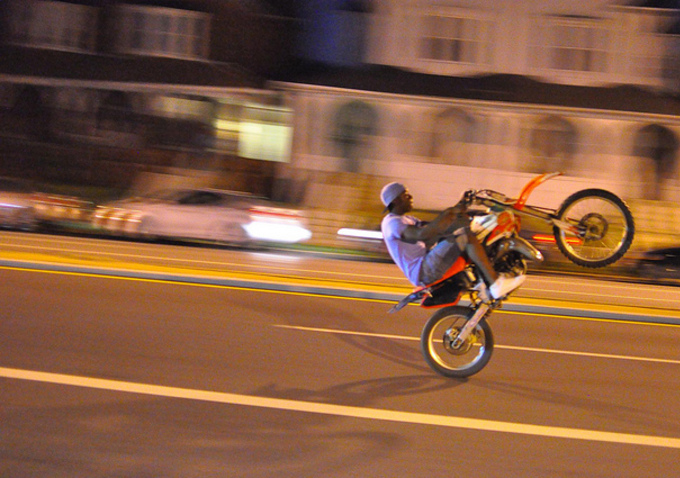 Unfortunately, the boy at the heart of my next doc was much less charming… though, I suppose, also persistent. 12 O’Clock Boys (4/8) centers on Pug, a 12-year-old living in a decidedly rough area of Baltimore, who longs to be a part of the titular illegal dirt bike-racing group. The film follows Pug over the course of about three years, but is little more than scene after scene of him idolizing the renegade bikers who tear through city streets, and posturing at being a bad-ass himself. There are hints at what a problem the bikers are for residents and authorities – local-news coverage is peppered throughout – but there’s never any real balance to the proceedings.

For me, there were a number of problems with the film, the key one being its glamorization of the Boys and what is essentially illegal (and dangerous) activity. The bikers are almost always shot beautifully, in a wonderful golden glow and in slow motion, so they take on a decidedly god-like/superhero image, and the police are painted as brutal, hated villains out to ruin the fun. (I lost count of the number of times someone in the film said “f**k the police!”) In the post-film Q&A, editor Thomas Niles explained that they wanted to show the Boys through Pug’s eyes (i.e., as heroes) and that the film wasn’t meant to be objective. Fair enough, and mission accomplished… but what are the ramifications of doing that? What message is this film sending to younger viewers? What if you substituted some other illegal activity (drug dealing? bank robbing? insurance fraud?) for the dirt bikes – would a non-objective film still make sense? There’s a slick MTV-ness about it all that will undoubtedly appeal to teenagers, so, in my opinion, some kind of (however slight) cautionary content might have been advised. Given its intended audience, the film really would have benefited from a little more harsh reality and a little less troubled-youth fantasy.

One more point: however realistic and authentic to those involved it might be, the footage of Pug’s family – specifically his hot-headed mother – is, I think, unfortunately (and unwittingly) perpetuating the negative stereotype of inner-city families. I was sitting behind three Swedish filmmakers at the screening, and they kept laughing out loud at this poor, dysfunctional, foul-mouthed family. I had to wonder, “Is this the image of black Americans that foreigners will be taking away when they see this film?” I hope not. 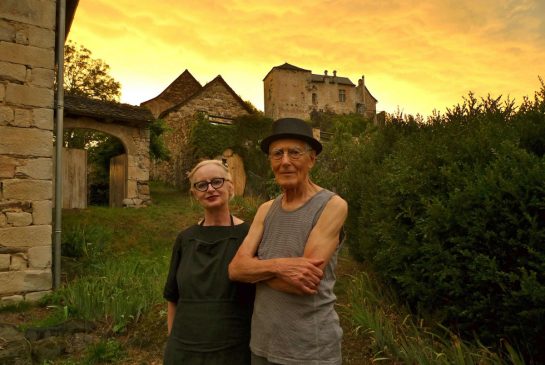 My final film of the day was the lovely and poignant Spring & Arnaud (6/8), which chronicles the romance between, and work of, artists Spring Hurlbut and Arnaud Maggs – who are 25 years apart in chronological age, but on par with each other in terms of humor, creativity and passion. (Arnaud was, quite honestly, the youngest 86 year old I have ever seen!) Wonderful cinematography complements the duo as they discuss their various projects and reflect on their relationship, but there is an undercurrent of sadness that runs throughout the film because (SPOILER ALERT) Maggs actually died in November of 2012.

And, though the film was the kind that definitely makes your heart swell, I likely would have enjoyed it more had the pre-film introduction been slightly shorter and with a little less “THIS IS THE MOST AMAZING DOCUMENTARY I HAVE EVER SEEN.” By the time the first frames unspooled, I was in my seat ready to be completely blown away… but, while I was impressed and moved, I think my expectations had unwittingly been raised to un-meetable levels.

The delightful short film The Impermanence of the Ordinary (6/8) screened with Spring & Arnaud and deals with one of my favorite subjects: archival photos of Toronto. Photographer Patrick Cummins has spent the past 30 years shooting the city, frequently revisiting locations to capture how they’ve changed as time has gone on. This is the type of stuff that I find fascinating, and I actually think director Dale Sood could expand this project into a feature-length documentary. I kind of hope he does!