Shaping young minds and hearts can manifest in many forms. Sometimes, it means having a colorful gaggle of puppet characters teach your kids about letters and numbers and the human experience. And sometimes it’s ensuring that you find a patient, loving babysitter to stand watch over them while you struggle to make ends meet. 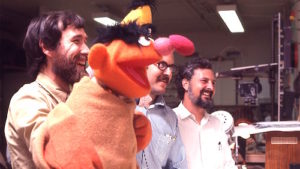 Brimming with nostalgia but (for me) not quite as emotionally powerful as similarly themed predecessors such as I Am Big Bird or Won’t You Be My Neighbor? (which we wept through at Hot Docs 2014 and 2018, respectively) this “origin story” from director Marilyn Agrelo (Mad Hot Ballroom) is an informative must-see for anyone who grew up watching the seminal children’s TV series. The film chronicles the genesis of Sesame Street, the brainchild of then-documentary producer Joan Ganz Cooney, who was inspired by the civil-rights movement to create a children’s show targeted to inner-city kids and those from low-income households, especially children of color. Archival behind-the-scenes footage reveals the extensive pre-production psychological and educational research/science that went into the development of the series (turns out, the Children’s Television Workshop really was a workshop!), and how its creators aimed to merge advertising techniques with children’s programming to “sell” learning to kids. Agrelo’s doc also exposes the challenges the show faced when it launched, not the least of which was resistance to its multi-ethnic cast from broadcasters in the southern U.S., and eager viewers being unable to actually find the channels on which it aired. It gives new meaning to its “can you tell me how to get to…?” theme-song lyric! While the doc feels like it trails off and loses its direction a bit at the end, it’s still an incredibly satisfying and, fittingly, educational film. Bonus: older audience members will also delight in present-day interviews with some of the Street’s most-famous non-puppet residents — including Bob (Bob McGrath), Maria (Sonia Manzano), Luis (Emilio Delgado) and Gordon #2 (Roscoe Orman). 😀 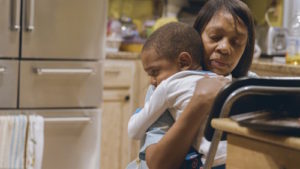 Documentaries like this compelling cinema-verité examination of what it means to be a working-class mother in the 21st century feel more relevant than ever. Directed by Loira Limbal, and boasting a genuine heart-stopping moment two-thirds of the way through (had I seen this in a theater during Hot Docs, I know there would have been audible gasps from the audience!), the film profiles Deloris “Nunu” and Patrick “PopPop” Hogan, a New Rochelle, N.Y., couple who run Dee’s Tots, a 24-hour home-based daycare catering largely to shift workers, many of whom are single moms holding down multiple jobs. Generous beyond measure, Nunu is the embodiment of the resilient, unsung hero, patiently devoting everything she has to the kids and the business — and, often, to the moms-in-need, as well — sometimes to the detriment of her own health. The film also casts an unflinching eye on the catch-22 faced by the parents using Nunu’s service: they’re forced to work long hours or juggle several jobs in order to earn enough to support their kids, which in turn means they’re unable to actually spend the quality time they crave with the kids they’re supporting. But Limbal keeps things subtle when it comes to the social commentary the film delivers; there’s no preachy editorializing or drive-the-point-home commentary. (There *is* a social-impact campaign, though, which you can check out here!) And, to me anyway, that makes the underlying message ring out even more effectively.