How to Train Your Dragon 2

Though it may have not made me weep like the first movie, this Dragon still knows how to soar.
By Lindaon November 11, 2014
0 Comments
Our Rating 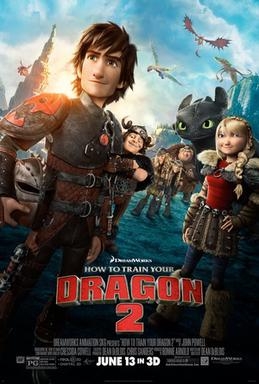 It is five years after the events of How to Train Your Dragon (a film I loved so much, it topped my Best of 2010 list). Vikings and dragons now live in peace in the cliffside village, due in no small part to the chief’s scrawny son Hiccup (Jay Baruchel) and his black Night Fury dragon named Toothless. But Hiccup has grown up a bit (despite still having Baruchel’s almost-about-to-crack voice). He’s 20, and though his father, the village chief Stoick (Gerard Butler) wants Hiccup to take his place as the village leader, Hiccup would rather jump on Toothless and ride off looking for new lands.

When Hiccup and Toothless do find a new territory, however, it doesn’t bode well for the locals. There is a warlord dragon-collector out there named Drago (Djimon Hounsou) who has been capturing dragons for his own dragon army. Meanwhile, a mysterious lone dragon whisperer Valka (Cate Blanchett) has been collecting dragons as well, protecting them in a refuge. Valka has a surprise connection to Hiccup, and Drago himself has a dark past with Stoick, so things are destined to come to a head (with lots of dragons flying around in the meantime).

For me, the star of the show was once again Toothless, who is the most fabulous animated movie character this side of Gollum, in my opinion. With the actions and expressions of a cat, and the dexterity of a giant bat, Toothless is simply delightful. We learn that Toothless is about the same age as Hiccup, so Toothless has some surprises of his own in store.

Valka the dragon lady is an intriguing character, an independent warrior woman that we usually don’t get to see in mainstream entertainment. The first moment we see Valka, garbed in a sort of fantastical Miyazaki-type mask rising above the clouds, is gasp-worthy gorgeous. Plus her interaction with the dragons is lovely to watch. As her identity is revealed, her abrupt decisions seem a bit too easy (especially for someone not living around humans for a long, long time), but maybe that is just me.

Again, unlike most studios that want to charge you up the yin-yang for 3D ticket prices, Dreamworks gets full credit for giving you the most bang for your bespectacled buck. The film really looks fantastic, and I just found out that is partly because cinematographer Roger Deakins (who shot Skyfall, Revolutionary Road, and many Coen brothers films) was a consultant on this film and the first (it shows!). Whether the riders and dragons are soaring over cliffs or icy bay, or whether two humans are flirting while a couple of dragons play (“out of focus”) in the background, this is as close to a “real” animated experience you can get… and it is really hard not to be swept up in it!

The iTunes digital version of the the film, available a full three weeks before the Blu-ray/DVD release, includes a slew of Bonus Features. Dawn of the Dragon Racers is a half-hour original short featuring Hiccup and his friends competing to become Berk’s first dragon racing champion; Berk’s Dragon World looks into how the world has changed since the time of the last film, with the town now accommodating dragons; Where No One Goes: The Making of How To Train Your Dragon 2 (an hour-long behind-the-scenes featurette about the making of the film). There is a feature commentary by writer-director Dean DeBlois, animator Simon Otto, producer Bonnie Arnold, and art director Pierre-Olivier Vincent. Finally, other extras include Fishlegs’ Dragon Stats (info about your favorite dragons), Drago’s War Machines (a look at Drago’s creatures and weapons), Hiccup’s Inventions in Flight (an interactive tour of how Hiccup and Toothless work so well together when flying), deleted scenes, a gallery, and the theatrical trailer. 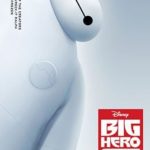 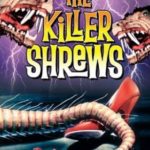