This teen romance set in the cystic fibrosis ward of a hospital struggles with “disease-of-the-week” tropes while shedding light on a truly awful condition.
By Lindaon May 8, 2019
0 Comments
Our Rating 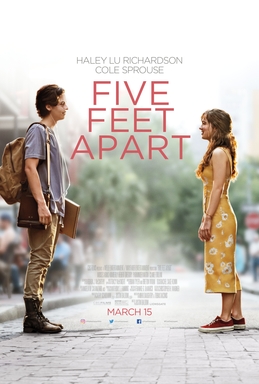 In pop culture entertainment, success always spans copycats, and it seems especially so with young adult books and movies these days. From over-intellectualizing self-aware teens, to 16-year-olds struggling to survive in a dystopian world, to teens dabbling in vampirism, you can name handfuls if not more of any given popular trope. Interestingly, we now have the teen version of what we all used to cynically call the “disease-of-the-week” movie. Back in the day, we’d all be glued to made-for-TV movies with tragic characters struggling with more and more obscure diseases, as the actors vied for acting cred and Emmy awards. Now, after the wildly successful book and movie of John Green’s cancer romance The Fault in Our Stars, we’ve seen kids in plastic bubbles (Everything, Everything), kids allergic to sunlight (Midnight Sun), kids from Mars slowly dying on Earth (The Space Between Us), and now, in Five Feet Apart, kids with cystic fibrosis.

Stella (Haley Lu Richardson) has been checked into the hospital for an extended stay as a sort of “tune up” for her cystic fibrosis. Down the hall is her best friend Poe (Moises Arias), also a “CF” patient, whom she hangs out with in the waiting area, or phone chats out of boredom. Though the two have been extremely close since they were kids, they have never touched or hugged. CF patients must stay six feet apart to avoid giving each other germs that could lead to life-threatening infections.

Stella’s ordered life of pills and treatments is shaken up when another CF patient checks in down the hall. Will (Cole Sprouse) is aloof and cocky, and of course hot with his tousle of black hair hanging into his eyes. As they are the only two straight kids living in that wing of the hospital, they are destined to fall in love despite the shadow of their deadly illness hanging over them. Adding to the sexual tension, if they touch, they could literally die.

Though it sounds a bit rote (and it often is), there are several things that Five Feet Apart does well. Having spent a lot of time visiting loved ones in the hospital the last few years, I related to the boring waiting rooms and long empty hallways that the staff would try their best to make relatively homey. The patients in Five Feet Apart have basically moved in for a while, so they have many of their comforts of home, yet still that teasingly distant view from the hospital room of parking lots and twinkling lights of civilization way off in the distance. The film also has a nice supporting cast, including Kimberly Hebert Gregory and Parminder Nagra as a nurse and doctor, respectively, who are all business but have the hearts of saints, like so many I have met in the profession.

There are also several things don’t quite click, or come off as lazy. The film relies very heavily on its emotive emo-pop soundtrack (courting downloads by weeping teens). What you can’t explain in your screenplay, you can apparently explain with yet another song. Another thing: Until Will mentions that it will be his 18th birthday, I assumed all the characters were in their mid-20s (like the actors who play them). Mentally de-aging these characters at that point was a struggle, despite the fact I know that they were supposed to have lived hard lives and hence had maturity beyond their years (I suppose).

Cole Sprouse, as the bad boy love interest is cute but typical. He is there to rebel and be saved by our heroine, like so many movie rebels (sick or not). Moises Arias lights up the screen whenever he makes an appearance as the sweet and funny gay best friend with a heart of gold. And Haley Lu Richardson anchors the film the best she can. I’ve enjoyed her immensely since seeing her in the indie Columbus a couple years ago, and she is often the best thing about her films, and this movie is no exception.

But while watching these characters, and listening to emo song after emo song, you can’t help but whisper to your friend your guess on who will die first. Yes, that sounds crass, but when the filmmaker completely milks a scene of danger way beyond the breaking point (you’ll know it when you see it), you can’t help but roll your eyes. Five Feet Apart is not a terrible movie by any means, but for a “disease-of-the-week” movie, it’s predictably conventional. 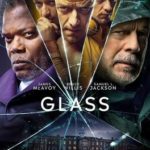 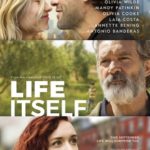