A washed-out dreamscape of a coming-of-age film, Rain takes us back to the 70s, to a pivotal summer in the life of young Janey.
By Lindaon December 27, 2014
0 Comments
Our Rating 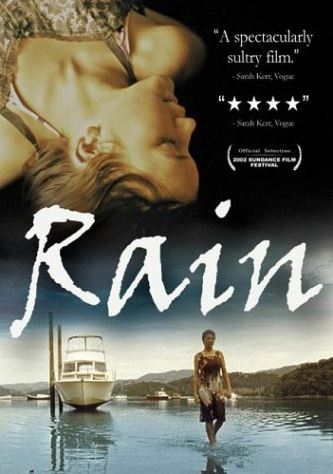 The setting is a lazy beach community in New Zealand, where the adults throw drunken house parties at night and sleep through the day, while the kids pretty much are left to take care of themselves. Janey (Alicia Fulford-Wierzbicki) is at the age where she is on the cusp of becoming a woman, all budding sexuality combined with girlish naiveté. She starts to realize her new power when a beach bum / photographer sails into the community. Cady (sexy as hell Marton Csokas) catches the eye of Janey as well as her lush of mother Kate (Sarah Peirse), a woman stuck in a domestic life with a pushover husband, yearning for a wilder life. Janey has her future as a woman before her, while Kate is scratching and clawing to keep her youth from slipping away.

Alicia Fulford-Wierzbicki gives an assured performance as Janey, while young Aaron Murphy, as her little brother Jim, steals every scene he is in. Sarah Peirse, unrecognizable from her role in Heavenly Creatures, is both sexy and desperate, while still conveying a nurturing side as she feels her daughter become more distant and independent. And Alistair Browning, as Janey’s father, is sympathetic without being pathetic, as the good father but dull husband.

Rain is filmed in a way that it looks like a home movie from the 70s; like a documentary of one girl’s memories. Without being garish with obvious retro set designs and fashions, the feel of the film still conveys a more innocent time. With the use of slow motion, a gentle pop soundtrack by Neil Finn (Crowded House), and not much dialogue, Rain lulls the viewer back to his or her own lazy days of childhood, the last summer of carefree innocence.