Ironically (or not), the title of one of writer-director Nicole Holofcener’s previous films also sums up this one quite nicely: lovely and amazing.
By Vickieon January 14, 2014
0 Comments
Our Rating 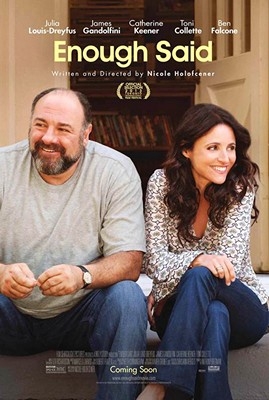 Quiet, understated, mature, funny and poignant, Holofcener’s latest offering is the kind of slice-of-life movie that makes you feel like you’re spending time with a bunch of folks you know. And like. A lot.

Julia Louis-Dreyfus stars as Eva, a masseuse whose teenaged daughter, Ellen (Tracey Fairaway), is getting ready to head off to college. A night out at a party introduces Eva to two people who will begin to change her life: a new client named Marianne (Catherine Keener), who’s sort of a bohemian, New Age-y famous poet; and Albert (James Gandolfini), a kind of schlubby but lovable divorced dad whom Eva begins dating. And liking. A lot.

Faster than you can say “second chance at love,” a potential wrench is thrown into the increasingly rosy mix when Eva discovers that Marianne – who routinely gripes about her useless ex-husband – is Albert’s former wife. Suddenly, Eva’s perception of her warm and wonderful new beau becomes tainted, and assorted complications arise for all parties involved.

Blessed with terrific performances and an insightful, breezy-but-rich screenplay, Enough Said is a grown-up love story, and it’s made all the more moving given the death of its endearing leading man. Holofcener (Walking and Talking, Please Give) crafts well-rounded characters, and all are infused with authenticity by the actors in the cast. Special credit should be given for casting relative unknowns Fairaway and Tavi Gevinson (who plays Ellen’s best friend, Chloe) because the talented young duo take seemingly benign supporting roles and rock the heck out of them.

But the key players, and the ones who provide the film’s heart and soul, are Louis-Dreyfus and Gandolfini, whose performances are perfectly awkward and goofy, flawed and fantastic. They have a genuine chemistry that makes Eva and Albert’s relationship the type every audience member roots for and that, in turn, is the icing on a stellar piece of filmmaking cake. That you’ll like. A lot.

Sadly, there are some generic featurettes plus a gag reel. The truth is, the extra I wanted was to go out on a coffee date with Nicole Holofcener, Julia Louis-Dreyfus, and (RIP) James Gandolfini. That ain’t gonna happen unfortunately. In the meantime, put on your comfortable, all-day Sunday pajamas and check out this charming comedy that was one of my favorites of the year. 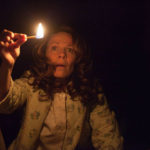 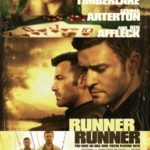