King Arthur: Legend of the Sword

Guy Ritchie throws all the dazzling special effects at this modernized retelling of the classic fable, but forgets something important: interesting characters.
By Lindaon September 1, 2017
0 Comments
Our Rating 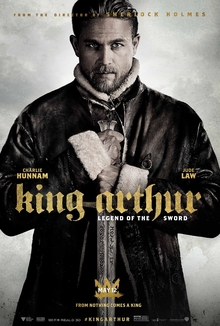 As in Guy Ritchie’s version of Sherlock Holmes, young Arthur (Charlie Hunnam) is a brawler. Raised in a whorehouse after being found adrift and alone as a child, he has of course grown into a man that protects his chosen family of hos and hoodlums–but also always with a strong streak of self-preservation. So when slithery King Vortigern (Jude Law) demands that all young men in the kingdom of a certain age try to pull out the newly revealed sword in the stone, Arthur is as surprised as any to find that his lone ability to do so proclaims him the “born king” (aka Vortigern’s number one threat).

On the surface, there is just enough of the classic King Arthur mythology to frame the basis of this interpretation. But beyond that skeleton of the story, Guy Ritchie has filled in every space and every nook and cranny of this film with whatever he feels like. It’s like a mashup of eye-popping special effects from the Hobbit series, with the herky-jerky sword fighting scenes from 300, some nods to Game of Thrones (hello, Littlefinger!), and some PG-13 Guy Ritchie humor (why not go all the way and at least make it an interesting “R”?). Heck, there is even a powerful demon that looks like he is wearing one of Katniss’ “Girl on Fire” flaming outfits.

But there is so much going on visually, that there is no time spent on any sort of character development of Arthur and his motley crew. The multi-ethnic crew includes Djimon Hounsou as Bedivere, and Tom Wu as a martial-arts teacher named George. None of that is bad, per se, but who are these people? A sorceress known as The Mage (Astrid Bergès-Frisbey) shows up to make her eyes go black and wield havoc, but who is she other than a handy, powerful sidekick?

The only people to make any impression in this charisma-free mess are Jude Law and Eric Bana. As a sleek, leather-clad, lizardy king, Law knows how to chew his scenery. I kept thinking of what an interesting foil he would be to Joaquin Phoenix similarly bitchy emperor Commodus from Gladiator. Know THAT would be a face-off! Then Eric Bana shows how much a little bit of soul and gravity can bring to a character. Bana, as Arthur’s noble father King Uther who is betrayed by his power-hungry brother Vortigern, makes the most of his brief scenes. The moment that shows how Uther’s famous Excalibur is embedded into stone is simply breathtaking… a glimpse of the GOOD movie this could have been.

Apparently Guy Ritchie had been planning to launch a trilogy with the character of King Arthur in this film, reinventing him in the way that he did with the bruiser Sherlock Holmes. However, since Legend of the Sword crashed and burned at the box office, this is it, folks. Instead, if you are still interested in the behind the scenes technical stuff and people praising each other, you’ve got the featurettes Arthur with Swagger, Sword from the Stone, Parry and Bleed, Building on the Past, Inside the Cut: The Action of King Arthur, Camelot in 93 Days, Legend of Excalibur, and Scenic Scotland. 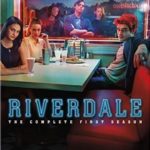 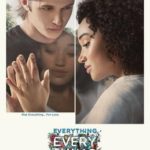