Kind of a romance, kind of a musical, Once is really about the joy of connecting through art.
By Lindaon May 8, 2014
0 Comments
Our Rating 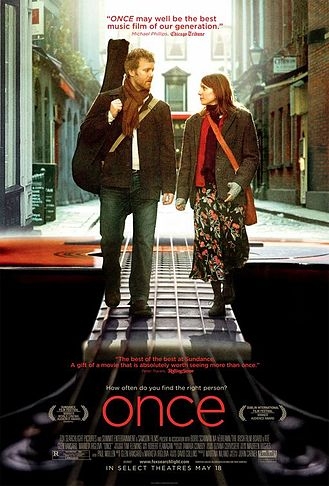 The two main characters of Once are never named. The “guy” (played by Glen Hansard) is a street busker in Dublin. He is kind of down on his luck, and is licking his wounds from a broken heart. But the guy is passionate about singing (his guitar even had a hole in it that looks like it was worn in from constant strumming). The “girl” (Markéta Irglová) is a Czech immigrant who walks the streets selling flowers. She is lured by his singing, and they form a tentative acquaintance when she finds out he fixes vacuum cleaners as one of his other odd skills. She needs hers fixed, so she’ll bring it back. Turns out in addition to being a flower girl and a housecleaner, she is also a musician. She yearns to have her own piano, but in the meantime lives with her mother and her young daughter, trying to make ends meet.

Though the romance is tentative, it is realistic. You see these two people crushing on each other, but there are obstacles (she is married, and though her estranged husband is back in the home country, she feels that some of the guy’s invitations could lead to inevitable hanky-panky). Instead they connect through playing music together. Try not to swoon at the lovely scene where the guy teaches the girl a song at a music store. He sits with his guitar, and walks her through chords as she sits at the store piano. You don’t blame the shop owner for not minding, as they work their way through the song “Falling Slowly” (which became the most famous song of the film’s hit soundtrack, and eventually an Oscar winner for Best Song). The song builds from quiet to a climax then down again. It seems they should be blushing at the end.

Once is a low budget charmer that wears its musical heart on its sleeve. Though the two leads are appealing and hold their own despite (at the time at least) not being professional actors, the true star of the film is the music… specifically the ART of making music. At a point later in the film, the girl and guy record a demo with a band. They pull an all-nighter at a studio, as though they have to squeeze out every last drop of creativity until it is just right. As they finish, and finally stagger out of the studio at sunrise, you can feel their invigoration at what they just created. I can only imagine that the filmmakers felt the same way when they saw their final movie.

Both Hansard and Irglová pipe in with writer/director John Carney for a regular film commentary track, plus an additional commentary where they discuss the music of the film. There are also a couple behind the scenes featurettes, “Making a Modern Day Musical” and “More Guy, More Girl” plus a webisode “Broken Hearted Hoover Fixer Sucker Guy”. 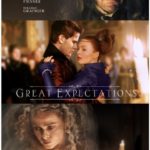 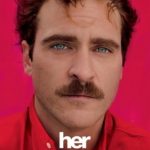