Sure, it is a little cheesy, but I found myself surprisingly affected by The Christine Jorgensen Story.
By Lindaon October 29, 2011
0 Comments
Our Rating 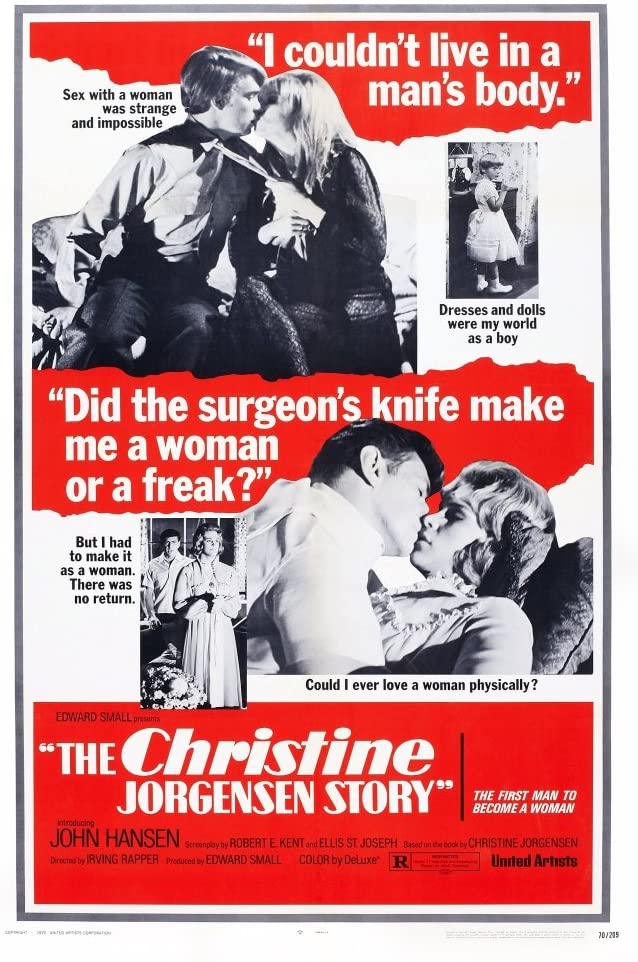 Because of the year it was produced (1970), the sometimes cheesy acting, and the sometimes wince-inducing voice-over narration that was a result of its day, The Christine Jorgensen Story could be easily labeled and tossed away as camp. But I have to say, that if someone out there was questioning their gender identity, and came upon this movie, why it could probably save their life.

The real Christine Jorgensen was a sensation in her day. Leaving the United States as G.I. George Jorgensen to go to Denmark for sex reassignment surgery, “Christine” applied for a passport two years later and returned to the U.S. in 1953 in the full-on glare of the media. Though she was not the first person to get sex reassignment, she was certainly the first who in the public eye. The Christine Jorgensen story follows her life from when she was an unhappy child (then adult) named George, up until she steps off that airplane to the blinding flashes of the U.S. media.

Surely, the introductory story comes across as cheesy. Young George does not want to play football with the boys (too rough!) but instead likes to play hopscotch with the girls. There is a classic moment where George pillages his sister’s Christmas presents after the family leaves the room, his eyes lighting up at the doll that he wishes were his. (Alas, the look of “delight” on young George’s face comes across as more than a little demonic!). Mom is concerned, but to her credit, only gently pushes George towards more boyish pastimes. Dad, just happy to have a son, is clueless, and is ecstatic when George comes home with a shiner after a fistfight.

When George becomes a young man, he truly begins to question his life. Poor George, serving his stint in the Army, is completely and cruelly humiliated by a hooker in her boudoir when he becomes frightened and can’t perform. Then when he becomes a professional photographer, he is almost raped by a lecherous gay producer. (At least both gays and straights are portrayed badly!) So, if he is not straight, and is not gay, then what is he?

George finds his answer when he reads a book about gender dysphoria, and looks up the scientist doing the research. Turns out that George has abnormal levels of estrogen, and is the perfect candidate for the still new surgery of sex reassignment. George lies to his folks about why he is going indefinitely to Denmark (for a photography project), and quickly volunteers for the risky surgery that he hope will be the answer to the disconnect between his body and his real self.

If you look at IMDB reviews, people trumpeted The Christine Jorgensen Story as a level of camp that would make Ed Wood proud. Sure, it is a bit cheesy at times, and sure, John Hansen’s bad drag-wig is something to behold. But anyone who has not felt “normal” in some way or another may find themselves surprisingly affected by this melodrama, directed (surprisingly) by Irving Rapper (of Bette Davis’ Now, Voyager fame). Considering the era that this film was released (just a year after the Stonewall riots), it is actually quite astonishing that the film is so sensitive and, well, bluntly graphic and honest about the topic. No words are minced when the surgeon explains to George exactly what will happen during the procedure… physically, what he will lose, and what they hope to re-create.

Sure, it is a little cheesy, but I found myself surprisingly affected by The Christine Jorgensen Story. As worldly as we all are in the age of information, it sure doesn’t hurt to have another positive image of transgender dysphoria out there. This story should not be dismissed, especially as it still may help people. 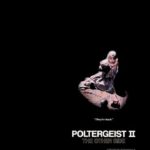 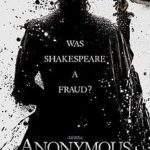