Professor Marston and the Wonder Women

The filmmaking team behind this fascinating and well-crafted biopic of Wonder Woman creator William Marston – and the decades-long relationship he and his wife Elizabeth had with their mutual lover, Olive Byrne – really couldn’t have asked for better timing in terms of its theatrical release. Just a few months ago, the big-screen adaptation of Marston’s iconic comic-book heroine was breaking box- office records, and now the character’s fascinating origin story arrives in theatres to ride the wave of interest from a whole new legion of fans.
By Lindaon January 27, 2018
0 Comments
Our Rating 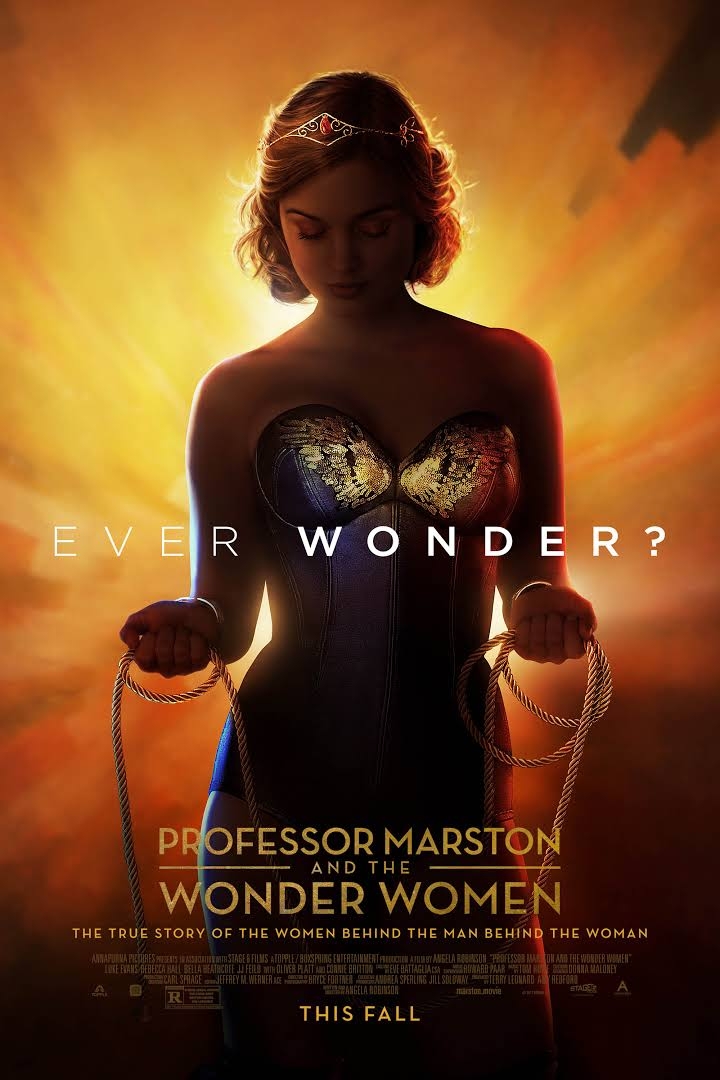 Luke Evans stars as the titular feminist psychologist and inventor, whose work as a professor at Radcliffe in the 1920s brings eager grad student Olive Byrne (Bella Heathcote) into his orbit. Initially hired as Marston’s research assistant, Olive soon proves herself a sharp, insightful aide as Marston and his wife, Elizabeth (Rebecca Hall) try to perfect their new invention: a lie detector. Olive also finds herself on the receiving end of longing glances from William, while she herself gets weak-kneed by Elizabeth. Soon, the trio are in the throes of passion, forging a powerfully unique – and entirely taboo in that era – polyamorous relationship steeped in love, mutual respect and desire.

But the discovery of their unconventional life leads Radcliffe to oust all three of them, leaving William to launch a new career as a comic-book writer. Inspired by the qualities he admires most in both the women in his life, William creates a feminist superhero… but the path to fame is paved with resistance, judgment, hostility and scandal.

Director Angela Robinson crafts a compelling, engaging and pretty damned sexy drama that not only sheds some provocative light on Wonder Woman’s real-life origins, but also presents a fascinating look at three truly progressive academics, who defied convention in their relationship and in their collective staunch feminism. A richly realized biopic filled with glowy ambers and golds, nothing about the film feels salacious or tawdry – just the opposite: William, Elizabeth and Olive present one of the deepest, healthiest romances on screens of late.

All three leads are excellent and their chemistry is what makes the film work. The attraction between Evans and Heathcote is just as intense and believable as that between Heathcote and Hall, and the committed, caring and respectful relationship the trio forges actually feels surprisingly wholesome (their foray into S&M notwithstanding).

Best of all, the film is also unexpectedly poignant. Yes, we get a glimpse into the little-known genesis of a comic-book icon, but the behind-the-pages love story of her creator adds a layer of heart that had my teary by the time the credits rolled. It’s an all-around satisfying drama that I actually look forward to seeing again.