Mercy Street sounded like a win for PBS right from the start. It debuted in the PBS-equivalent of a post-Super Bowl slot (right after Downton Abbey) and tackled a topic that is perfect for the PBS demographic: historic Civil War drama. Throw in a fancy executive producer (Ridley Scott), and you just KNOW it would be good!

The problem is, Mercy Street is kind of stinky. 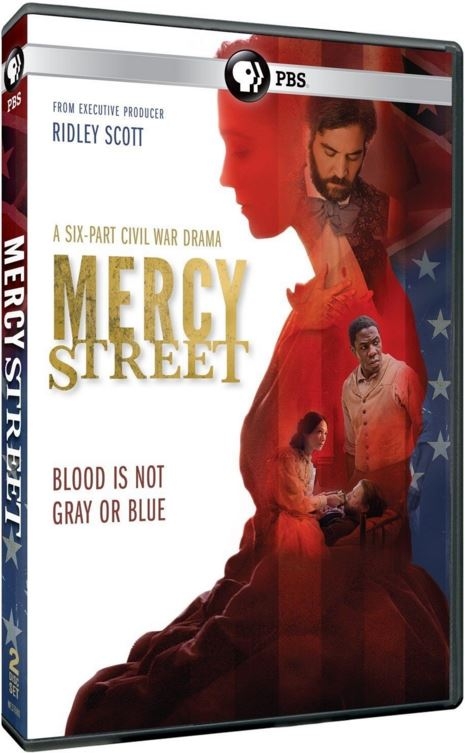 The premise of the show is truly interesting, and should be ripe for an excellent drama, if in the right hands. It’s 1862 Alexandria, Virginia, which is smack on the border of North and South. Mansion House, a former hotel owned by the proudly Southern Green family (led by patriarch Gary Cole), has been co-opted by the Union army as a military hospital. Wounded soldiers, both Blues and Grays are hauled in from nearby battlefields, and segregated so as to not try to kill each other again. But whether these soldiers will be treated equally by the mostly Union doctors and nurses is a testy subject, especially when it is a brother or a cousin from the opposite side landing on the operating table.

If there is a main character in this ensemble drama, it is probably Dr. Jedediah Foster (Josh Radnor) a man with a lot of attitude and skill to match, who was raised Southern but is on the side of the Union. When Nurse Mary Phinney (Mary Elizabeth Winstead), a privileged widow and do-gooder abolitionist is assigned to the hospital, you just know sparks will fly in more ways than one. The Green family also gets their own branch of plot, with Southern belle daughter Emma (Hannah James) volunteering to take care of the neglected Confederate soldiers at the hospital, and frustrated, handicapped son James, Jr. (Brad Koed) trying to rustle up his own sort of underground Southern resistance.

Probably the most interesting character is the free black man Samuel Diggs (McKinley Belcher III), who grew up in a house in the North where he apprenticed with a surgeon, but is now keeping his head down and working quietly in the hospital as an orderly. The hospital still harbors inherent racism despite being in a free town. Runaway slaves are still routinely rounded up by their searching white owners, and visiting slaves are lured with the temptation of simply walking through the gates of the grounds to be suddenly free in the Union-occupied town. Well-meaning Samuel has a crush on the hospital’s laundress Aurelian (a “contraband” runaway slave now living free), but she has her own wheeling and dealings with the grotesque Bullen (Wade Williams) who runs the kitchen and makes hell for the black folks in general.

The problem is that exceptional historical detail doesn’t cover up the fact that this is a poorly-written lightweight soap. I started cringing in the first episode when a soldier with a bloodied, bandaged head is hauled in, crying, “My eye!” practically to the camera. Not too long later, a man with an arm wound hollers, “My arm!” Yes, I think we could figure out which part of you was wounded, but thanks! An over-the-top nurse keeps crowing like a parrot with one catchphrase about working with Florence Nightingale. The Southern Green family seems like stereotypical Southern genteels ripped from every Hollywood Civil War movie ever. And just when you think you should be feeling things, like when Union soldier boy dies with the battlefield flag in his hands (because his hands are adhered to it by his own blood), you realize that this show is kind of stinky.

It’s not like I don’t like the idea of Mercy Street. Really, there is SO much potential. If new writers and directors were brought in, this could be a cracking soap of the good kind. But as it is, you’ll probably be more emotionally involved watching Ken Burns’ version of the Civil War instead.

The DVD release of Mercy Street includes several behind the scenes featurettes, profiling characters (“Jed and Mary”, “The Green Family”), as well as production (“The Civil War Style”, “Historical Accuracy”), and deleted scenes.