“Queen and Slim” are the last people that want to become cultural heroes because of an act of violence, in this gripping, timely, and tragic couple-on-the-run road movie.
By Lindaon March 3, 2020
0 Comments
Our Rating 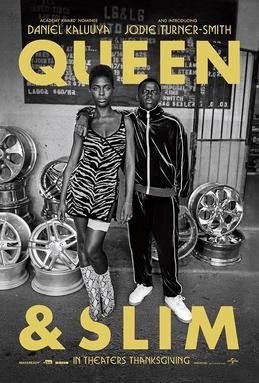 We meet an attractive man and woman (Daniel Kaluuya and Jodie Turner-Smith) on an awkward Tinder date at a diner. The date is not going well, but it’s just about to get a whole lot worse. On the drive home, they are pulled over for what seems to be a routine traffic stop. Did I mention that the couple is African-American? Should it matter? To the white cop who shines a light in their car, it matters. After an alarming escalation of words, a tussle, and an act of self-defense, the racist white cop lies dead by gunshot on the side of the road. As this is modern ‘Merica, the couple knows that it is a no-win situation so, in a panic, they decide to run.

Couples-on-the-lam road movies have been done many-a-time, and indeed this film follows the tried and true formula of Thelma & Louise and Bonnie & Clyde. But Queen & Slim (the characters’ names in the credits, but strangely never in the film) is infused with a very modern sensibility of racial (in)justice combined with the couple’s instant folk-hero status via social media. Before they even truly know their story is out there, people know who they are–their faces from the dash cam video have spread like wildfire.

Kaluuya and Turner-Smith are both excellent as the couple suddenly stuck together after a tragically life-altering moment. We slowly get to know them as they slowly get to know each other (remember, they had just met on a bad first date). Their road journey is peppered with interesting people (props go to the fabulous Bokeem Woodbine as the young woman’s Uncle Earl), all with their own baggage and their own reasons to help out fugitives who, in their minds, are victims of everything that is wrong with modern America.

The film really only falters once, in my opinion. Screenwriter Lena Waithe and director Melina Matsoukas (who got her start with Beyoncé videos) overlap a sex scene with a protest-turned-riot. The cuts between sex and violence, attempt to make a symbolic statement of… something, but instead the effect is kind of cringe-inducing (I remember Spielberg tried the same thing in “Munich”, and it didn’t work there, either).

Other than that, I was with this couple all the way. You know deep in your heart that their flight to freedom is doomed, but like the people they encounter on the way, you don’t want to give up on them. In a moving moment of reclaiming their image from the mug shots and dash cam footage, they pose for a young fan who has followed them on the news. It is this photo, ultimately, that is the legacy of their choice–a gorgeous black and white picture of two young, strong, beautiful people that have decided to control their own destiny.

Blu-ray extras highlight the intriguing collaboration/lovefest between Director/Producer Melina Matsoukas and Writer/Producer Lena Waithe. Included are a feature commentary and several featurettes, including “A Deeper Meaning,” “Melina & Lena,” and “On the Run with Queen & Slim”. I particularly enjoyed “Off the Script” where writer Waite narrating her script split with the actual scene, illustrating her unusual and super-descriptive, almost gorgeously poetic screenplay style. 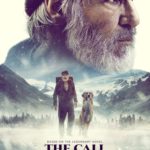 PreviousThe Call of the Wild (2020)NextOnward 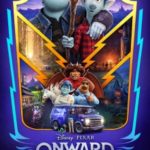