Oh, dear lord, an English-language film with English subtitles! I kid you not! But thank goodness, because otherwise an American audience wouldn’t have a friggin’ clue as to what the Glasgow, Scotland-dwellers in Ratcatcher were mumbling and swearing about!
By Lindaon December 27, 2014
0 Comments
Our Rating 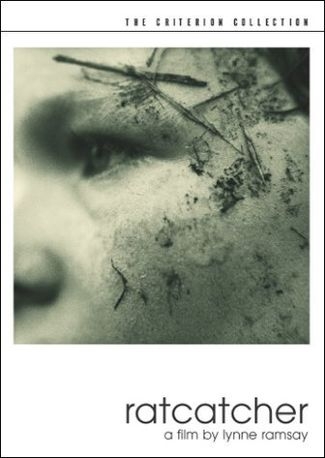 Ratcatcher is a film about childhood in the same tradition of My Life As a Dog. Just like a child’s life, the story rambles from incident to incident, without much forewarning or thought. In fact, in a rather jarring introduction, we see a little boy playing in the curtains at home. He then goes outside to play, ending up down at the mucky city canal, and gets in a half-assed fight with another kid. Push comes to shove, and the kid we think is our main character drowns in the first few minutes! Sheesh!

The story ends up focusing on the boy James who accidentally contributed to the other kid’s death. James, who is about 12 or so, is teetering on the edge of being a teenager, while very much still being a little kid. James’ everyday life is filled with fighting-yet-making-up parents, a pack of teenage boys that are cruel to others, and a neighborhood girl who serves passively as the teens’ sexual outlet. The girl becomes his friend, and their relationship is sweet. You guess that it is probably her only recent relationship with a boy that wasn’t at all sexual, but actually affectionate.

James is not a bad kid, but he isn’t perfect either. He doesn’t help his friend Kenny when the teen boys steal his pet mouse, tie it to a balloon, and release him so he can “go to the moon” (an absolutely wonderful scene by the way). James is just a regular kid, who is somewhat mouse-like himself, with big ears and a small, constantly worried face. As time goes by, James’ unspoken feeling of guilt about the drowning quietly eats away at him until he feels like he needs to do something drastic.

Ratcatcher is almost documentary-like in its realistic portrayal of children, and their interaction with each other. And like some documentaries, the slice-of-life feel seems a bit rambling and unfocused at first. But the difference is the quite beautiful cinematography of the film, as well as the precociousness of its young lead actor William Eadie. The audience, like James’ family, can only guess at what James is thinking, which makes Ratcatcher‘s tragic, yet somewhat inevitable ending that much more heartbreaking to watch unfold.