Unbreakable could have easily taken the action adventure film road, but instead took the cerebral route.
By Timon January 17, 2019
0 Comments
Our Rating 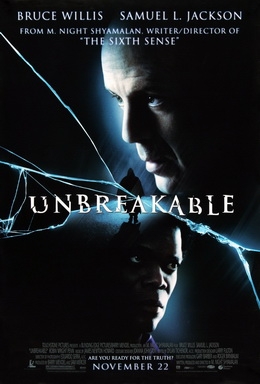 In the case of David Dunn (Bruce Willis), it’s not so easy. In fact, there is a good possibility that he has never been either sick or injured. This information becomes a bit clearer to David after having survived a train wreck in which he is left unscratched and the sole survivor. Upon attending a memorial service for those who perished in the accident, David finds a note on his windshield that simply asks: “When was the last time you were sick?”

The note leads David to Elijah Price (Samuel Jackson), an art dealer who specializes in original comic book storyboards. Elijah was born with a disease that makes his bones extremely brittle and prone to severe breakage. He has a theory that if he can be so vulnerable to such things, there must be someone who is the exact opposite. After hearing about David’s story, he does some investigation into his theory.

Along with resisting, and challenging, Elijah’s suggestion that he is “unbreakable”, David is trying to hold his family together. David’s estranged wife, Audrey (Robin Wright), is in the middle of making the final decision of weather they will stay together or separate. His son, Joseph (Spencer Treat Clark), immediately latches onto the fantasy that his father is invincible, and inadvertently makes David discover a few things about himself.

The way in which the plot unfolds gives us a different perspective on how one becomes aware of their limitations. Unbreakable could have easily taken the action adventure film road, but instead took the cerebral route. The mood was dark and the pacing was sometimes slow, but the filmmakers did some interesting camera work. There is a scene, on the fateful train ride, in which we see the characters through the space between two seats, as if the audience is eavesdropping on the conversation.

It’s funny how this film has been met with such strong reaction, both for and against it. Some expected to see another The Sixth Sense, others didn’t understand what was happening at all, and then there is the comic book subculture… The first two groups didn’t seem to care for the movie and the last group gushed beyond what would be tolerable in most circumstances. I think I fall in the middle of it all. I liked the concept and mood of  Unbreakable, but at points I had problems with the pacing. The story, in my opinion, was not the strongest, and could have been filled out a bit more, but  I recommend this film based on the originality of how the subject matter was approached, and the fact that I just like dark movies. (It’s a Tim thing, I’m sure.) 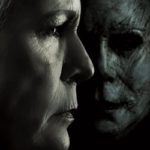 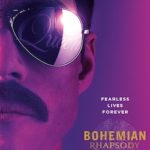