This continuation of the classic British series Upstairs, Downstairs has the unfortunate luck of coming out at the same time as the similarly-themed—and better—series Downton Abbey.
By Lindaon January 4, 2013
0 Comments
Our Rating 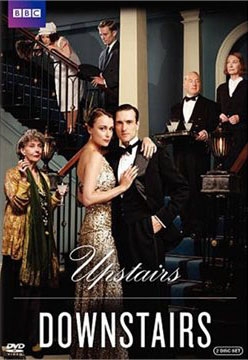 I remember being a kid in the 70s and hearing the all-too-familiar opening credits of the now-classic epic PBS series Upstairs, Downstairs drift up from the basement rec room (where we had our beanbag chairs for comfortable TV viewing). My parents loved loved loved that show. And now, like so many TV shows and movies, the show about the British social elite and the folks that served them seemed ripe for a new adaptation.

Upstairs Downstairs (no comma this time) takes place some 30 years after the original. But rather than being a remake, this version wisely decides to bump the story to a new era, 1936, when the roles for the leisure class and the serving class were being redefined. There is one carry-over character from the original series, and that is Rose Buck (Jean Marsh), who has been called upon to be the head housekeeper for the new young family that has taken over 165 Eaton Place in London. Rose quickly assembles a staff of “downstairs” folks for the house, including a sassy young maid, an eager boy with a dark past, a helpful and uptight butler, a secretly rebellious driver, and a saucy head cook.

The new owners, Sir Hallam (Ed Stoppard), his wife Lady Agnes (Keeley Hawes), and his mother Lady Maud Holland (the juicy Eileen Atkins) are indeed “upstairs” folk for a new, evolving era. Sir Hallam hobnobs with the royals, but also has a soft heart for treating the downstairs folks with respect. Lady Agnes is a bit more uptight, and unused to having such a staff. A bit wound-up, it doesn’t help when her mother-in-law comes with their new home, and her wild-card sister Persie (Claire Foy) shows up from Wales to cause trouble. And trouble does ensue, with the backdrop of fascism, shifting class roles, and anti-Semitism filtering from the real world into the microcosm of this society house.

Standouts in the cast include the always lovely (and kind of wasted) Art Malik as Mr. Amanjit, Indian secretary to Lady Maud; Keeley Hawes, who makes Lady Agnes complex—both sympathetic and hard; and the indomitable Eileen Atkins, who is the Maggie Smith of the cast, chewing up scenes with delight as the mother-in-law and society lady who has literally seen it all

And that is part of the problem.

Maggie Smith recently appeared in the similarly-themed Downton Abbey. As I have never seen the original Upstairs, Downstairs, I instead automatically compared this new series to Downton, which, in my opinion, is a superior series. Sure, both series have subplots involving a death in the house, illicit affairs, and drama in the ranks of both the upstairs and downstairs folks. But Downton managed to be richer story, with more interesting, complex characters that you actually care about. And that is too bad for the new Upstairs Downstairs, when it is being topped by a show that for all practical purposes is a copycat of its own predecessor! 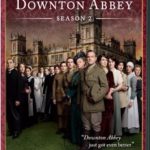 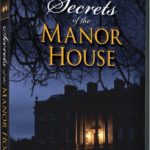