A weak start to the season leads to two of the best episodes of the series thus far in this modern variation of the classic sleuth.
By Lindaon February 25, 2014
0 Comments
Our Rating 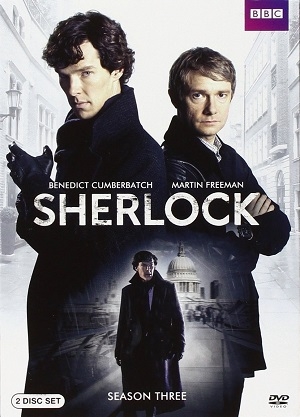 Like the other seasons, episodes are hit and miss in this uber-popular BBC modern adaptation of the classic Sherlock Holmes mysteries. Luckily for this season, the weak first episode is followed by two of the strongest episodes thus far…

“The Empty Hearse” is basically a recap episode. Sherlock (Benedict Cumberbatch) has been dead for two years after dropping from the top of a building in front of Watson’s eyes at the end of Season Two. But we all knew he’d be back. Watson (Martin Freeman) has moved on, sports a bad moustache, and now has a fiancee–but Sherlock’s reappearance obviously really upsets John and throws him into a tailspin. Other than a weak, half-assed mystery that seems like a V for Vendetta rip-off, the episode is too flashback and recap heavy, as it toys with theories on how Sherlock faked his death, and what everyone has been up to since.

“The Sign of Three” is probably the sweetest and most emotionally satisfying episode as Sherlock shows a smidge of humanity (and even gets a hug from Watson). After all, John is getting married to Mary (Amanda Abbington) who is genuinely nice, and accepting of the boys’ bromance. As best man (and best friend! aw!), Sherlock gets to deliver simultaneously the worst and best wedding speech ever, and two different mysteries intertwine for a satisfying whodunit. Oh, and you get to see Sherlock drunk!

“His Last Vow” introduces us to a new bad guy, the truly loathsome Charles Augustus Magnussen. My first thought was that this villain owes a lot to creepy Mads Mikkelson (why is it that bad guys always like to lick women’s faces?)… and it turns out that is no coincidence! Magnussen is played by Mads’ brother Lars! More importantly, one twist leads to another, and in this episode we find out more about Watson’s new bride Mary. Turns out there is a LOT we don’t know about her.

The Season Three set includes three 15-ish minute featurettes. “The Fall” discusses fan, cast, and crew theories about Season Two’s cliffhanger where Sherlock drops from the top of a building, and is presumed dead at the end of the season. “Fans, Villains & Speculations” is an overview of Season Three with cast and crew. “Shooting Sherlock” has Cumberbatch and Freeman talking about Sherlock’s run-in with a bullet in the final episode of the season. 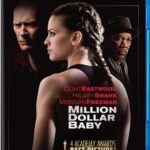 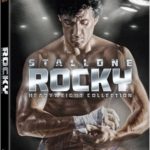