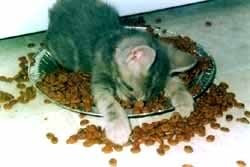 There is always some point during the festival where your body simply starts to wear out and bone-numbing fatigue sets in. I think I hit that today. Now, I know many of you out there will scoff at the following complaints, but let me say this: I am not a morning person. Several days in a row I have gotten up pre-6am, to get to work by 7:15am, so that I could leave by 3:45pm, so that I could catch a 4:30pm movie. You see, unlike SIFFers out there that flaunt their full series passes and crow about how many films they’ve already seen so far, I actually have a full-time job, AND am trying to see 30+ shows. I’ve talked to several folks who’ve tallied in the upper double-digits how many films they’ve seen, and for the most part, they are A) Retired, B) Unemployed, C) Press (as in that is their “real” job), or D) On vacation from their “real” job. No such luck for me. What I’m really getting to is this: I fell asleep during my afternoon’s first movie. (hanging head in shame) 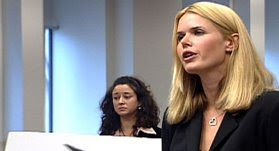 If you’ve lived in the Seattle area at all in the 1990s, you’ll probably remember the shocking story of the Rafay family in Bellevue, an East Indian family discovered brutally murdered supposedly by their 18-year-old son Atif and his friend Sebastian Burns. The boys were arrested for murder (with the motive to supposedly get insurance money), but they left for Canada. Long story short, almost 10-years later, they were finally put on trial in the US, and convicted on the basis of a secretly videotaped confession by the two, taped by a secret undercover branch of the RCMP (Royal Canadian Mounted Police). The undercover agents are called Mr. Big, but may as well be called Mr. Soprano, in that the RCMP tracks down their #1 suspects, weasels their way into the suspects’ lives under the guise of being a hot shot gangster-type, then eventually get the poor fellow to confess. Apparently, innocent men have confessed to crimes they didn’t commit, under the fear of threats that Mr. Big made on him, or threats to harm or kill those close to the suspect.

Director Tiffany Burns, who is Sebastian Burns’ sister, used to be a reporter for local news stations across the country, and Mr. Big (4/8) has the aura of local-TV reportage, complete with jarringly irritating TV-screen static transition themes (ugh). There is a lot of information in here, and it is fascinating to hear a top dog at the RCMP hem and haw (literally) his way through a phone conversation with Ms. Burns, pretty much incriminating the law enforcement agency with dirty tricks by refusing to talk about it. But the film doesn’t have the convincing power of say Paradise Lost or The Thin Blue Line in entirely convincing us of the innocence of Rafay and Burns. It’s like, “Look! These other guys were innocent in their Mr. Big sting, so that means Rafay and Burns are, too!” All in all, Mr. Big felt to me like it just scratched the surface of an interesting topic. If anything, it should convince a lot of folks that the crime needs to be re-investigated. 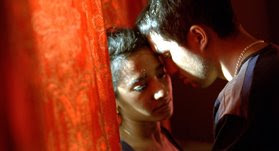 Feeling more perky and, um, well-rested, I attended the packed screening Brick Lane (6/8). There’s been buzz around this film, and apparently a chunk of the audience had read the best-selling book by Monica Ali. I however, hadn’t… so as a person with no expectations, I thought the film was quite good (I heard a few murmurs that if you read the book in advance, you might be disappointed in the movie). All the credit goes to the lead actress Tannishtha Chatterjee, who plays Nazneen, a Bangladeshi woman who left her small village as a teen to go be the bride of a man in London. After almost 20 years of marriage, her husband Chanu (Satish Kaushik) has lots of ideas, but is not very successful, much to the horrid embarrassment of their British-born daughters. Nazneen, being very traditional, is also very lonely. But when she picks up a job sewing clothes in her own home, she meets the handsome young delivery man Karim (Christopher Simpson) who takes a shine to her. Their illicit romance makes Nazneen blossom, but of course things can never be as easy as that. The film is completely carried by Tannishtha Chatterjee’s performance. She is absolutely lovely, sad, wistful, and completely heartbreaking in the performance. You clutch yourself, only wanting the best for her. I was smitten. 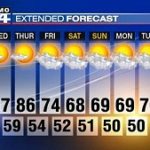 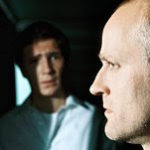