In the era of the #metoo movement, the time seems right for tales of sexual misconduct to be revisited with a fresh perspective. But Submission isn’t it.
By Lindaon March 8, 2018
0 Comments
Our Rating 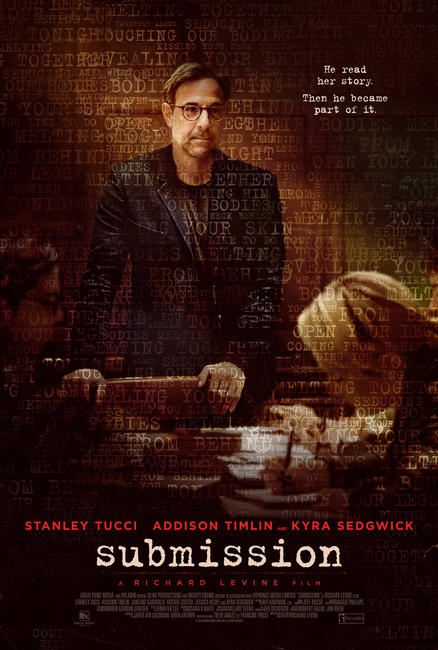 How many times have we seen a story of a married middle-aged (white) guy being lured and destroyed by a young woman? Is it because most screenwriters are middle-aged guys who have experienced more failure than success in their art, and this is their way to take out their bitterness on their fantasy groupies? It’s unclear, but over and over, these men that destroy their own lives are somehow meant to get some sympathy, or at least enough attention to be at the center of their own film.

Stanley Tucci plays Ted Swenson, burnt-out college professor, and even more burnt out writer who has been unable to follow up on his previous, long-past literary successes. His students are as narcisstic as he, though he is intrigued by a young aspiring writer named Angela (Addison Timlin). Angela claims to be a huge fan, and can name-drop literary references that make Ted swoon. Of course he’d be happy to chat with her about writing. Of course he’ll read chapters of her novel, even though it is awkwardly about a young woman having a torrid affair with a teacher. Errr… sure he’ll give Angela a ride to the next town over to buy a new computer. You can see where this is going.

You’d say that Ted walks into a trap, but that’s the key: he simply walks in. The acting in Submission is fine, as you can see Ted is smart enough to know exactly what he is doing, but does so anyway. I suppose we are supposed to sympathize with a man going through a mid-life crisis. But maybe there isn’t an interesting enough character arc: Man does something he knows is dumb, gets busted. Everything is the chick’s fault. And that is not the kind of movie that we need another of in the #metoo era. 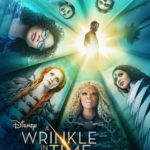 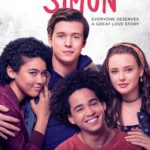