If John Hughes directed a coming-out movie, it would be Love, Simon.

Infused with distinct Hughes-ian touches – the romantically conflicted lead character, the synthesized soundtrack, the high-school archetypes, the loving parents, the suburban setting – and based on Becky Albertalli’s novel Simon vs. the Homo Sapiens Agenda, it’s heartfelt, charming and an unabashed feel-good love story destined to have you smiling as you exit the theater. 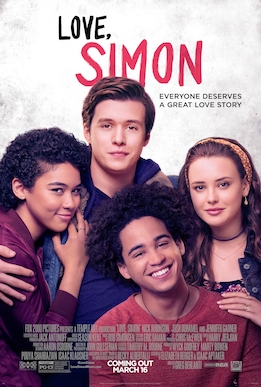 Nick Robinson stars as the titular teenager, who’s ordinary in every way but one (as he reveals in his opening voiceover): he’s gay, but no one knows it. Blessed with loving best friends Leah (Katherine Langford), Abby (Alexandra Shipp) and Nick (Jorge Lendeborg Jr.), Simon isn’t sure he’s ready to come out yet. But after reading a message from another closeted teen – posted on their school’s very public gossip blog – Simon believes he’s found a kindred spirit. He and the anonymous poster known only as “Blue” begin a supportive, honest and affectionate email correspondence, with Simon growing increasingly curious as to Blue’s identity… and slowly falling in love with his online pen pal in the process.

Unfortunately for Simon, nerdy classmate Martin (Logan Miller) stumbles upon his exchanges with Blue, screenshots them and threatens to expose their relationship – and, by default, Simon’s sexuality – to the whole school if Simon doesn’t play matchmaker for Martin, who’s carrying a somewhat-delusional torch for Abby. Thus sets in motion a series of deceptions and manipulations that drag Simon further and further into a big mess of lies from which he’ll eventually need to extricate himself, all while his quest to identify his mystery love gets more and more intense.

Engaging and entertaining from frame one, Love, Simon will likely be to 21st-century teens what Sixteen Candles or The Breakfast Club were to teenagers in the 1980s. It’s a smart and funny reflection of the challenges of high-school life, idealized to some extent but still entirely relatable. The teens are all perfectly imperfect and, as a bonus, the film features two of the coolest and most likeable high-school staffers ever to grace the screen: vice-principal Mr. Worth (Tony Hale), whose efforts to relate to his students, while hilarious, are also endearingly genuine; and fierce drama teacher Ms. Albright (Natasha Rothwell), who delivers one of the most rousing “lemme tell you how it is” speeches in recent memory. (The audience I was with cheered when she was done.)

The cast gels nicely, and the actors are not only believable as their respective characters, but also as a group of self-aware pals who know themselves only a tiny bit better than they know each other. As Simon’s parents, Jennifer Garner and Josh Duhamel are warm and supportive, and so accepting of their son that the guy sitting a few seats over from me during the screening was literally sobbing out loud during one particularly poignant moment. They’re the parents every gay teen wishes he or she had.

With only one portion of the film that rang weirdly false to me – the reactions of Simon’s besties, and just about everyone in his school, when everything is finally revealed – the movie delivers on its promise. It’s funny and moving and a crowd-pleaser, for sure. It’s also a reminder of the challenges of being true to yourself and a celebration of what’s possible when you are. 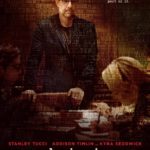 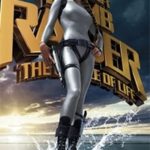