One suffering British family watches as the world goes to hell in a handbasket over 30 years, while the audience slowly falls asleep…
By Lindaon September 9, 2013
0 Comments
Our Rating 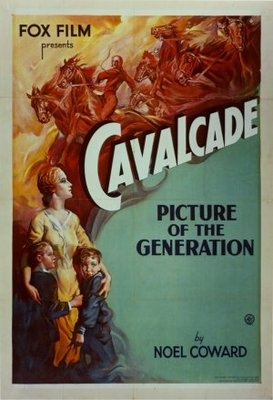 There are many Best Picture winners, true classics from Golden Age of Hollywood, that stand the test of time, like Gone With the Wind, It Happened One Night, or Rebecca. Then you have movies like Cavalcade, that have the credentials, but, well, no one really talks about them anymore. I think in the back of my mind, I always thought it was a jaunty musical or something… but I think I was confusing it with Carousel.

Instead, Cavalcade is an early example of the Academy being impressed by Epics with a capitol E. The film boasted 15,000 minor characters and 150 speaking roles, including a scene that required more than 2,500 actors. It also spans 30+ years in the lives of a multi-generation family as they suffer triumphs and losses. You can almost imagine the Academy voters wiping their collective brow with excitement.

The truth is, Cavalcade is kind of dull, and sometimes even a bit ridiculous. Even film historian Richard Shickel, who does the commentary on the Blu-ray, agrees that this is not the Academy’s shining moment.

We meet a posh British family, the Marryots, head by Diana Wynyard and Clive Brook, who already have a lot on their plate as it is 1899, and Britain is entangled in the Boer War. We also get some “downstairs” drama with the “help” as some of the manservants find it a better deal to go and serve The Queen instead of their employers. But it seems when one war ends, another one begins. The world is changing, as is society, so the working class find their own opportunities and failures. In the meantime, as the Marryots’ boys get older, there comes the chance that they, too, will go off to war. But sometimes fate intervenes, like when a swooning young couple decides to go on a steamship for their honeymoon. On a four-smokestack ship. In 1912. (You get the picture.)

There is lot of hand-wringing, careful reading of newspapers, and cheek-to-cheek embraces where both actors face the camera. The world continues to go to hell in a handbasket, with dire headlines about the collapse of society because of “vice orgies” (which, other than some vigorous dancing, and knowing exchanging of wrist watches by two men, unfortunately didn’t happen on screen). By the time the story makes it to present-day (New Year’s Eve, 1933-ish), and Ma and Pa Marryot gaze out their window with dread and poor age-makeup, you know that the next day is going to bring even more bad news. But by then you are ready to turn this snoozer of a movie off. 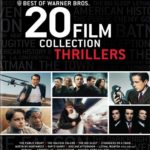 PreviousWarner Bros. comes up with a thrilling 20-movie collection on DVDNextGhost Rider 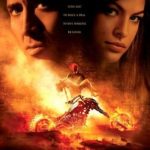