I am proud (and absolutely exhausted) to say that I have now seen the SLOWEST movie ever made.
By Lindaon May 23, 2002
0 Comments
Our Rating 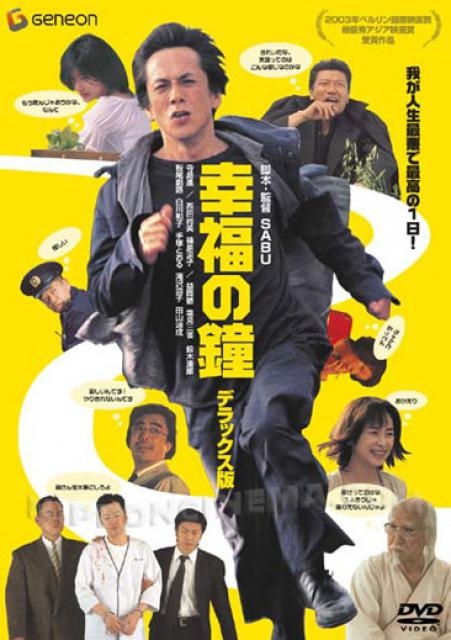 Just when you think that only epic 3-hour films can make your ass go numb, along comes the relatively “short” film The Blessing Bell. How can an 87-minute film so thoroughly sap the life out of the viewer? It is hard to explain. It doesn’t help when you (meaning me) confused the director Sabu with whoever made the snappy, action-packed comedy Adrenaline Drive a few years ago. Instead, it was Sabu (I found out the next day) who made the strangely deadpan (but kind of enjoyable) film Monday that I caught a few years back at SIFF. Well, Sabu has taken deadpan a step further… like taking the word “dead” and putting it next to a pan, and just contemplating it in real time. Huh. Doesn’t make any sense, does it? Nor is it very gripping.

I knew this wasn’t going to be a slapstick comedy when the opening “scene” is of a man walking next to a factory on a dirt road. In real time. The factory is big. The man walks. We see him walking. I didn’t dare look at my friends whom I had hauled along to the screening with promises of fun. He keeps walking. I kept waiting for a pratfall, but I started feeling very nervous after ten minutes. Oh! Look! There are some factory workers! They are protesting because the factory closed and they lost their jobs. One man stabs himself with a knife. The man stops and looks. Then he keeps walking. I think I cleared my throat quietly at this point. He comes upon a city bus and looks at it. Show: stopped bus with blinker. Blink blink blink. Show: man with no expression. Show bus. Blink blink blink. Show man. Show bus. Five times (or six?!?!). I swear I had to bite my lip to stifle a scream of hysteria.

This silent man (the handsome and stone-faced Susumu Terajima) continues at this pace on a bunch of wacky adventures, involving, among others, a jaded yakuza who wants to be an organ donor; a young woman whose apartment is burning; a dead man who gives him a message; a winning lottery ticket; and a bridge jumper. The man falls into all sorts of situations where others do the talking and make assumptions, changing his fate. Sounds like all sorts of stuff is going on, doesn’t it? But, for the love of god… THE PACE OF IT!

After about an hour, I dared look at my watch. Crap. CRAP! Then, suddenly, for the first time in the otherwise very quiet film, there was the strum of a guitar. One of my friends blurted out, “I want to buy the soundtrack!” and I almost lost it right then and there. Then the lead character fell into a hole. And lay there. I thought I was going to burst into tears. Instead I retreated into my “happy place”—my body curled into itself like a comma, with all of my paws tucked in for warmth, and I mentally left the theater at that point. I just couldn’t take it anymore. 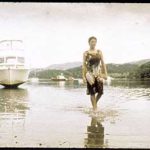 PreviousThe Scent of Rain: A Conversation with Christine Jeffs and John ToonNextTamala 2010: A Punk Cat in Space 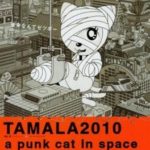