Before you settle in to your seat to absorb the latest big-screen vengeance-porn actioner, brace yourself: it is SUPER-violent. Disturbingly so. But in between graphic slaughters is a nonetheless entertaining film revolving around one badass mo-fo.
By Vickieon December 30, 2014
0 Comments
Our Rating 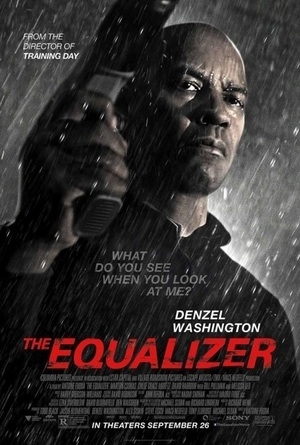 Based on the TV series of the same name, The Equalizer stars Denzel Washington as Robert McCall, a retired special-forces agent of some sort, who faked his own death years earlier and is now living a very tidy, orderly life as a home-reno store employee in Boston. But when he’s not stocking shelves, he’s tapping into the skills he honed in his previous life to exact brutal vigilante justice on bottom-dwelling Beantown ne’er-do-wells. Everyone needs a hobby.

When Robert finds out that one of his acquaintances – a teenaged call girl (Chloë Grace Moretz) – was savagely beaten by her Russian pimp, he calmly, quietly seeks the out slimeball and his henchmen. But, in the process, he also unknowingly winds up igniting a fury on the other side of the planet and setting off an increasingly violent series of events, not the least of which is the arrival of ruthless, heartless assassin named Teddy (Martin Csokas) Stateside. Teddy’s goal? Eviscerate (probably literally) Robert McCall.

Director Antoine Fuqua (Training Day) delivers a very slick, very stylish, no-holds-barred and unapologetically over-the-top thriller, and ratchets up the gore with each successive (and successively creative) killing. Washington’s McCall is a ridiculously calm, cool and collected cat all of the time, whether washing his dishes, reading his book, impaling a foe with a tree trimmer or finding clever new uses for corkscrews (hint: it ain’t pretty). And it all plays out with a strange wink, as though everyone involved knows that what unfolds onscreen is just as likely to elicit chuckles as gasps. Washington, especially, seems to relish his character’s dual identity, and the subtle humor in having those two vastly different sides of himself juxtaposed as he lays waste to one villain after another.

A few standout aspects of the film worth mentioning: the cinematography, which is gorgeous and, occasionally, very comic-book-frame-esque; the supporting cast, especially Csokas’ quiet and deadly rage-aholic, and Johnny Skourtis, as Robert’s sweet reno-store pal, Ralphie; and the fight/stunt coordinator(s), who successfully choreograph(s) blisteringly fast fight sequences that you, as a viewer, can actually follow clearly. A rare feat in the hyperkinetic-editing style Hollywood embraces these days.

Overall, though, and despite its graphic violence, I left the theater saying how pleasantly surprised I was. Who knew? 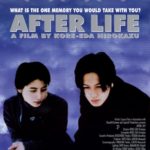 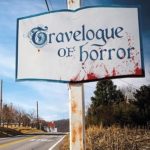