A transgender teenager becomes a side character in what should be their own film.
By Lindaon April 24, 2018
0 Comments
Our Rating 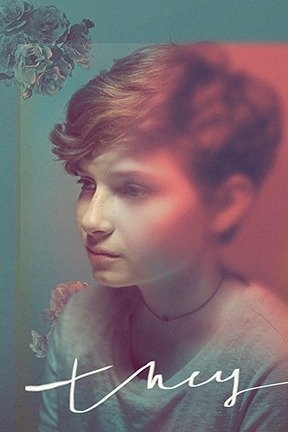 J is a waifish teen, with short hair self consciously brushed to the side, and a sweet thoughtful face. J never seems to smile and had red-rimmed eyes tinged perhaps with exhaustion. On hormone blockers, J prefers to be called by the pronoun “they” and is coming to a big decision: Does J want to continue with the blockers, even though it seems their physical self may be a little fragile?

J’s birth gender is not even mentioned until a point where J’s future brother in law asks how they would like to be introduced to his family. As his fiancee’s sibling? As a brother? Refreshingly, other kids and peers of J don’t seem to blink at the gender fluidity, and simply go about their business.

But that is the thing about They. J (compellingly played by Rhys Fehrenbacher) is easily the most interesting character, with a quiet inner life that I wish were explored beyond whispers in a garden. Instead, the film suddenly veers off for a huge middle chunk of the story, as J and their older sister go to a raucous family gathering of her future husbands’ extended clan. J becomes a background character as this Iranian immigrant family fills the room with food, conversation, kids, and some drama and strife.

Almost as an afterthought, the conclusion of the film eventually veers back to J’s story. But little closure is given; it simply comes back to the same questions as offered in the beginning of the film. Perhaps there was supposed to be a deeper meaning of the title (perhaps “they” are also immigrants? or people that don’t fit in?). But if that was the case, the presentation was too disjointed to feel that the two completely different plots had much to do with each other. If the stories were split apart, they would have made two separate films that would probably be better this awkwardly melded film. 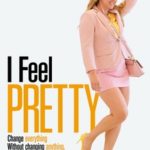