The dramatization of the rescue of a soccer team and their coach in a flooded cave in Thailand forgoes Hollywood flourishes, leaving an intensely gripping tale of survival.
By Lindaon July 29, 2022
0 Comments
Our Rating 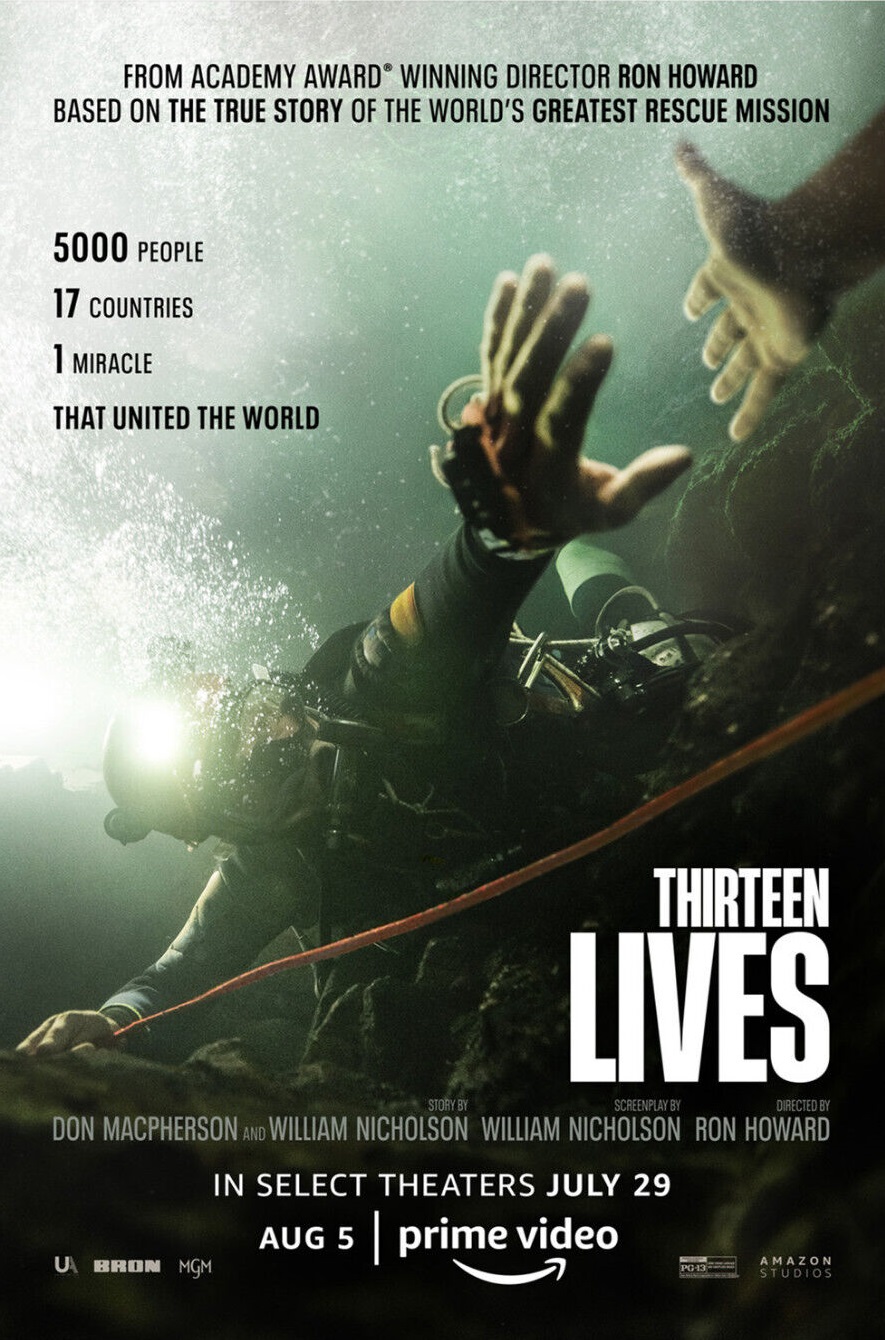 Do you get claustrophobic? Do you have a fear of getting buried alive and/or drowning? Then Thirteen Lives may not be the most relaxing viewing for you. For the majority of this cave-rescue film, I had tucked my knees to my chin and covered my face with my hoodie so that only my eyes peered out. Another person in the theater noted later, “Oh, you were the one squirming through the whole movie…” Yes, that was me.

This dramatization of 2018’s astonishing rescue of 12 boys (a youth soccer team) and their coach deep from the flooded Tham Luang cave in Thailand comes quickly on the heels not only of an acclaimed documentary (The Rescue), but another (more low budget) drama about the same event. I won’t be comparing Ron Howard’s film to those because, well, I haven’t seen them. I’ve heard the documentary, particularly, is excellent, but if you are like me and don’t have that frame reference, you’ll find Thirteen Lives gripping and harrowing.

To its credit, Thirteen Lives is straight to the point almost like a docudrama, starting almost immediately with group getting into trouble. The pack of kids and their young coach go to check out the well-known local cave before they are due for a birthday party. They wouldn’t know that the monsoons would come early. While tooling around in the cave for a few hours, torrential rain has started, with waterfalls pouring into crevices and sinkholes, flooding the group’s route out to safety. When they don’t show up for the party, the group of parents are immediately worried as one of their teammates knew exactly where they went.

In no time, a search party gathers, and considering the unusual circumstances, the rescue quickly garners international attention (remember, this was just a few years after the disaster with the trapped Chilean miners had gripped the 24-hour news cycle). Thai Navy SEALS are immediately called in, but considering that the diving entails wriggling through spaces as wide as your body, against a current, with no visibility, for hours on end… well, they realize some more specialized experts should be called in.

The white actors (Viggo Mortensen, Colin Farrell, Joel Edgerton, Tom Bateman) play these UK and Australian cave-diving experts, but refreshingly the movie doesn’t necessarily default them to being front and center. The mostly Thai cast get their due, including Sahajak Boonthanakit (as the governor), Vithaya Pansringarm (as the general), and Thiraphat Sajakul (as the–extremely handsome–leader of the SEALS), with a whole gaggle of other character–from the boys’ parents, to local villagers, to random folks who come in from around the world to help.

The story is so astonishing that I was glad none of the actors resorted to showboating and there was never an unwelcome swell of music to tell you how to feel. The restrained tone of the film lets the story take over. And I don’t know about you, but I did not know the logistics of how the trapped thirteen were actually rescued from 2-1/2 kilometers deep in the cave. I audibly gasped in shock when the rescue plan is first proposed… let’s just say, if the rescue had gone wrong, this story would have been remember very very differently. As it is, Thirteen Lives is a thrilling, disturbingly intense true story, and I had to shake out my limbs in relief when it was over. 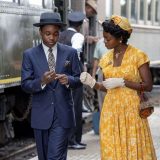 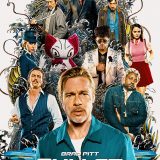