A man taking a sledgehammer to kitchen appliances is the most exciting thing to happen in this quiet drama, but that actually allows the actors to take center stage.
By Lindaon August 15, 2016
0 Comments
Our Rating 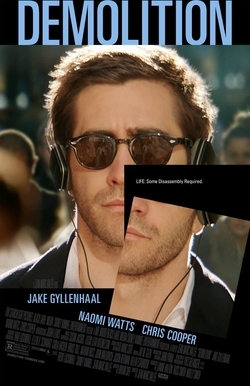 In the opening scene of Demolition, we are witness to a young white married couple having a relatively benign commute to work in New York City. The topic of a broken refrigerator represents unspoken tension between the man and wife, but before even that comes to a boil, the car is struck in a horrific accident. The wife is killed, and the husband Davis (Jake Gyllenhaal) is barely left with a scratch.

Rather than being a film about survivor’s guilt and grief, Demolition is about a man whose lack of emotional response becomes the concern of those around him, especially to his boss and father-in-law Phil, played by Chris Cooper. Phil is distraught about burying his child, and at first assumes that Davis’ still waters run deep. When Davis starts dismantling bathroom stalls, computers, and furniture at their Wall Street office, Phil becomes pissed that is son-in-law is simply unhinged.

In his strange way, Davis’ soul-baring focus ends up being letters to a vending machine company, whose machine did not offer him his M&Ms at the hospital, moments after he learned of his wife’s death. Davis earnestly sends letter after letter to the company, until the sole customer service representative, a woman named Karen (Naomi Watts) gives him a call. The random catalyst of a busted vending machine turns out to be the random thread that bonds these two lonely people, Davis and Karen, encouraging each to work through their own issues.

I liked Demolition because it was an unexpected portrayal of grief, or lack thereof. Davis fully admits that he didn’t love his wife, and he is not really sure why. You expect the cinematic breakdown, but unless you are talking of the symbolic driving of a bulldozer through the wall of his house, you aren’t really going to get it. If you are expecting an instance romance, you may have to wait. Davis even finds a kindred spirit in Karen’s surly teenage son Chris (Judah Lewis) who is having an identity crisis of his own.

Just about any interpretation of this story would point to Davis finding a new family, perhaps inappropriately fast, and yes, becoming a responsible man. But Demolition doesn’t let the characters off so easy. If you are wanting a tidy Hollywood ending, don’t hold your breath. Instead enjoy this quiet character study held together by an extremely strong cast. 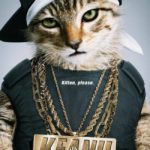 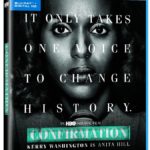