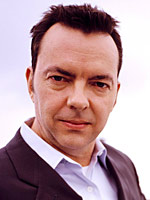 Y’all, it finally happened, and you knew it would. Dan and I caught a major dud at the festival today: Nothing is Private (1/8), the new film written and directed by Alan Ball. I know you loved American Beauty and Six Feet Under, but in his directorial debut, Alan really drops the Ball. Geddit? But seriously, his movie stinks.

Nothing is Private is another story of dirty secrets in the suburbs, only this time the only secret is raping. Everyone is raping. Raping and shaving a 13-year-old half-Lebanese girl named Jasira. That’s pretty much the whole movie, and if you think I’m overlooking some deeper meaning or subtext, you’re wrong. There’s “fearless,” “edgy,” and even “exploitative” can be interesting, but this movie is worse — it’s boring and has nothing to say. You haven’t directed a good movie if the pregnant character gets seriously injured and half the theater laughs out loud.

Alan Ball gave a brief Q&A, but the only information established was that he really, really loved his own movie. And shockingly, so did most of the audience — I was honestly expecting boos when the credits started to roll. But man, you should have seen Alan Ball tense up when someone began a question with, “I noticed this film had a lot in common with American Beauty…” Boy, does he think his work has been varied. He’s wrong.

As Vickie walked us across town to the Scotiabank Theatre, the three of us swapped favorite bad movie moments from Nothing is Private, until it was time to part ways for good (for now). We said our goodbyes to Vickie in the lobby of the Sheraton Hotel, lamenting the fact that we didn’t instantly hate each other upon meeting in person so this moment wouldn’t suck so much. But it did.

Dan and I moved on to see Four Women (6/8), an Indian film based on four short stories about different women: The Prostitute, The Virgin, The Housewife, and The Spinster. It was a quiet film, but very good and completely different from anything we had seen at the fest so far. The director and one of the stars gave an unfortunately abbreviated Q&A, thanks to projector problems that set the screening back 25 minutes. 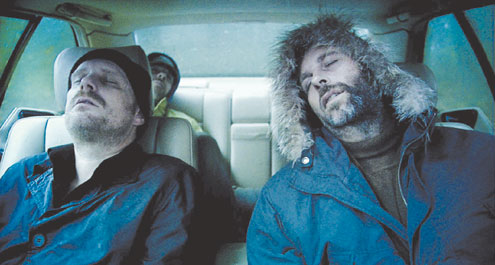 Immediately afterward, we moved to the next auditorium over for Forever Never Anywhere (7/8), which was undoubtedly the biggest gamble and subsequent payoff of the fest. The premise: three men are stuck in a car for, like, the whole movie. They talk a lot and learn about each other and stuff. That’s what I had to go on, and besides being intrigued, I wanted to squeeze in a German film so I could play translator in my head.

With a setup like that, this movie could have been slow, boring, or overly artsy, but it was pure entertainment (and still kind of artsy). In fact, the ending literally made Dan scream out loud in the theater, not because it was frightening but because it was horrifying, in the most hilarious way possible. What we didn’t know about the plot going in was that a young boy was deliberately keeping the men trapped in the car and performing experiments on them like lab rats (for example, playing audio of an approaching police car on a boombox). It’s pretty twisted.

Today was our only triple-feature day of the fest, and it was a great way to end my first TIFF. Of course, the festival is still going on for the rest of the week, but Dan and I are flying back to LA tomorrow morning. Really, I couldn’t imagine a better way to end this amazing trip than a hysterically bad movie in the morning, followed by a somber and eye-opening movie, followed by a movie where someone takes a dump in a gold purse — and it’s philosophical, too!

* Postscript: Nothing is Private is now called Towelhead for its regular release title!