Okay, so, somehow and somewhere I must have turned my head in the wrong way and secretly wrenched my neck, because I woke up this morning mostly unable to turn my head to the left. Like, at all, without pain. Ask me how much fun this made watching movies today. 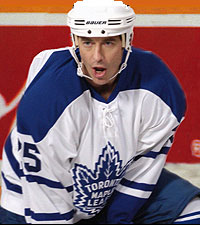 First up was Breakfast With Scot (6/8), a charming comedy about a gay couple – a former NHLer still mostly in the closet (Tom Cavanagh) and his partner (Ben Shenkman) – who find themselves saddled with the world’s most effeminate little boy (Noah Bernett), who prances around in boas and sings Christmas carols at the top of his lungs. It’s a different twist on the coming-out movie, and a film about accepting ourselves as much as we accept other people. It was a nice, warm and fuzzy way to start the morning.

After Breakfast, I decided it was time for lunch. I had a gap between 11am and just after noon, so I thought I’d try to have a substantial meal to tide me over through the afternoon. I opted for what turned out to be a gigantic plate of fresh-made spaghetti with garlic bread… but I got about 2/3 of the way through and suddenly realized I was really, really full. Like, “if I eat one more forkful of this spaghetti my stomach may actually explode” full. I waddled back to the Scotiabank to continue my filmgoing.

I followed that with The World Unseen (4/8), a drama about two Indian women who fall in love – sorta – in 1950s South Africa. I say they “sorta” fall in love because their stories take a backseat to so many others that I kept waiting and waiting and waiting and waiting for the actors (Lisa Ray, Sheetal Sheth) to have scenes together, let alone begin falling for each other. I actually checked my watch at the moment where they finally start to give in to their feelings, and it was around the 75-minute mark. Both women were hot and should have hooked up (however mildly) much earlier, but all the extraneous plotlines about the effects of apartheid on a whole gaggle of characters took up far too much screen time, in my opinion.

Next was Operation Filmmaker (7/8), a terrific documentary that follows an Iraqi film student named Muthana, who’s interviewed on MTV after the start of the Iraq war and whose story so touches actor Liev Schreiber that he invites Muthana to work as a production assistant on his directorial debut Everything is Illuminated. But what begins as an altruistic, humanitarian gesture slowly becomes a huge nightmare, and Muthana – once the grateful, eager young man – becomes an entitled, annoying jerk. It was fascinating to watch him work the film crew, the director (Nina Davenport) and assorted people who cross his path.

In case you’re wondering how other people felt about his behavior, I offer this: after the film, I was in the washroom and overheard two women come in discussing the film. One woman, in a very disgusted voice, said of Muthana, “What a spoiled, narcissistic, egotistical, opportunistic asshole.” Nice!

Last up was King of California (6/8), a quirky relationship comedy about a recently released mental patient (Michael Douglas, channeling Robin Williams circa The Fisher King) who convinces his teenaged daughter (Evan Rachel Wood) to embark on a treasure hunt to find a cache of gold he believes is buried underneath the local Costco. It was a great little story, nicely compact and well-acted, and its ending made me smile.

As a general aside: has anyone else noticed dwindling numbers at the fest this year? I’ve noticed quite a few screenings that haven’t been full, and I’ve chatted with a couple of people who said they noticed the same thing. I imagine part of it has to do with the increase in prices and the elimination of the 30-coupon book (did you lodge your complaint yet?), but it is kind of odd.

As a more specific aside, and a little blast from the past for regular ‘Pie readers: today I watched as Mouthy Martha almost, ALMOST, tripped on some stairs. And then felt kind of happy. And then felt like I was probably going straight to Hell.

Celebrity Sightings: Michael Douglas, Laurie Lynd and maybe Julie Taymor (I really can’t be certain it was her, but I’m counting it just in case).

Random Factoid of the Day: Trying to cram a full day’s worth of food into a single meal is a recipe for disaster.

Weather For Tomorrow: Perrrrfect! Partly cloudly, with a high of 19ºC. Bring a sweater AGAIN!

Line Buzz: Good buzz on Fados and great buzz on The Secrets. 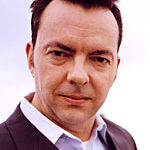