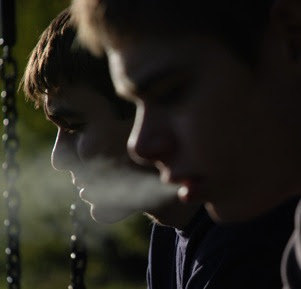 Much to my relief and delight, I had the morning off today. No movies before noon, so I was actually able to catch up on a little sleep (emphasis on the word “little”), get some blogging done and have a breakfast that didn’t come in a paper bag or cardboard box. Yes, I know I could have used the empty hours to redeem one of my many, many vouchers and see a 9am film, but I was just too pooped to care.

Unfortunately for me, I could have stayed home for several hours more because my first film of the day was my second walkout of the fest. Painfully slow and, as far as I could tell, without narrative, UK director Duane Hopkins’ Better Things was so uninteresting and ironically titled that the jokes practically write themselves. A photographer, Hopkins at least presents a film that is visually stunning, with each scene presented almost as a tableau – beautifully framed and carefully composed. Problem is, those scenes would be infinitely better as still photographs, not assembled as a movie. Instead, the audience is presented with character after character who speaks in a flat, emotionless monotone and whose facial expression is completely, distractingly blank. Vacant. Every. Single. Character. In every scene. And I promptly began making a mental list of all the better things I could be doing with my time:

After 40 minutes, I packed it in. I understand the creative device: we’re meant to realize that, perhaps, these people – including several teenage drug addicts and an elderly couple – are dead inside and thus walk around in a sad, morose, vacant haze. But it does not make for compelling viewing, I tell you. At least, not for me. The tone of the characters’ voices and their expressionless faces felt overwhelming deliberate… like a giant neon arrow flashing “SYMBOLISM! METAPHOR!” onscreen. I will fully cop to not being a fan of films like this, so please take my review with a grain of salt. Maybe someone else will love this movie and all its beautiful blandness, but I did not. Several people walked out before I did, and the guy who walked out immediately after me said to the volunteers near the door, “Bad, bad movie…” as he left.

As an aside, when I got home and began writing this entry, I flipped to its page in the program book and saw, to my complete non-surprise, that the film was programmed by Noah Cowan, who makes reference to the film’s “oblique narrative strategies.” ‘Nuff said. I should have known better.

I was lucky enough to have a break of several hours – sadly, not enough time to squeeze in any other screening – before my next film, Medicine for Melancholy (5/8), the story of the morning-after repercussions and discoveries after a one-night stand between Micah (Wyatt Cenac) and Jo (Tracey Heggins). With a tip of the hat to Before Sunrise, the story follows the characters through about 24 hours as they discuss what happened, who they are, what they want, etc. I was loving the film until about 2/3 of the way through, when it started to feel like it lost direction. One scene of the pair dancing at a dance club goes on and on and on, and then the dialogue gets a little preachy… I stopped hearing the characters in a conversation, and started hearing the writer-director ranting. Still, it was good and the performances were very strong. It was preceded by a rather graphic and disturbing Nigerian short called Jesus and the Giant (6/8), which examines domestic violence. I’m not really sure why it was programmed alongside Melancholy…, since the tone is so very different and the content so unnerving. Anyway… 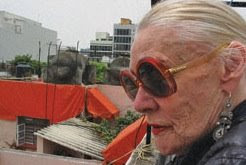 Last up was Shakespeare and Victor Hugo’s Intimacies (8/8), a last-minute addition to my schedule, and one I made simply in a last-ditch bid to burn off a coupon. I AM SO GLAD I DID. It was fantastic. The film is a Mexican documentary about a boarding-house owner named Rosita (the director’s grandmother) and one of her boarders, a young gay man named Jorge… who led a creative but tormented life and who may have been hiding a very big secret. Structured beautifully and unfolding like a masterfully crafted whodunit, director Yulene Olaizola’s directorial debut had me riveted. It starts out appearing to be one thing (a wistful old woman recounting her favorite tenant) and gradually morphs into something very, very different. Excellent from start to finish!

Celebrity Sightings: Jay Baruchel, who wasn’t actually at any of the films I saw. He was on an escalator at the AMC. 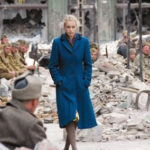