TIFF 2008 (Vickie’s Diary): Meet the Creepertons and the Douchettes! (And Another Stinky Flick!) 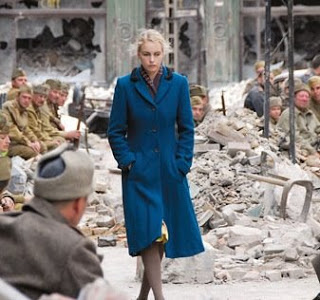 Anyone who attends TIFF knows the importance of chatting with your fellow filmgoers in line or in your seats before the movie. It’s how you hear about what’s great, what blows and whether Jessica Biel is in the ladies’ room doing bicep curls. But sometimes this tradition wields unfavorable results, because sometimes you inadvertently find yourself (somewhat unwillingly) engaged in conversation with someone less than ideal. Someone like Roy Creeperton.

Eric and Dan encountered Roy at one of their screenings, and we promptly gave him his new nickname… then decided that he was just one of many Creepertons floating around the festival. Because sometimes people who are chatty and who strike up pre-screening banter are way way way too chatty, and reveal too much, and before you know it you’re hearing about bunion surgery or being plied for information on yourself. Sometimes, your next-door-seatmate wants to tell you all about her life philosophies or his mental-health issues (this actually happened to me a few years ago!), or sometimes they will simply go on and on and on and ON about their knowledge of film long after you stopped listening. Or caring. And sometimes they’re just flat-out creepy and weird. These folks are all members of the TIFF family known as the Creepertons. They are small in number but mighty in creepiness.

Last night, I had the (dis)pleasure of observing a chap I’m going to refer to as Brock Douchette outside the AMC. Dressed in a silver sport jacket (collar flipped UP, natch!), gold-rimmed Elvis-style glasses and a big fat industry badge, this bleached-blonde, enormous moron in his mid-20s was careful to ensure everyone with a 10m radius heard every word of his super-douchey conversations with his equally poseuresque friends. But the highlight came when a homeless guy asked him for change, and he said, “Hang on, buddy…” in a way that implied he was going to give the guy money.

Instead, he carried right on talking with his posse while the homeless guy stood waiting before giving up.

First up for me was a very-early morning trek to the TIFF box office to see about getting a same-day ticket to A Woman in Berlin. I’ve wanted that ticket since the lottery, and have tried no fewer than five times since, to no avail. But I was pretty confident I’d get a same-day if I managed to arrive before 8am. So I hauled my weary ass out of bed at the crack of dawn and did. And I scored one. Which also meant I skipped the movie I already had at 9am, partly because I was really tired, partly because there wouldn’t be enough time to run from one theater to the other with time to eat in between, but largely because I didn’t really have any interest in seeing my 9am film (50 Dead Men Walking)… so this was a good excuse to subway back home, enjoy a relaxing breakfast and rest some more. Five hours of sleep a night does not a happy TIFFgoer make, FYI.

Thus, my first film was A Woman in Berlin (7/8), a powerful WWII drama (based on the anonymous memoirs of the same name) about a group of German women (led by the amazing Nina Hoss) who are “kept” in a Berlin apartment building by Russian soldiers towards the end of the war. Repeatedly brutalized and raped by the soldiers, the women valiantly vow to survive their collective ordeal by whatever means necessary. (It reminded me a little of the PoW drama Paradise Road in that way.) For our heroine, this involves striking up an unlikely, but not untrue, romance with a Russian officer (Evgeny Sidikhin), who becomes her de-facto protector and, in many ways, savior. Even though this film boasts a beefy running time of more than two hours, it was worth it. Wonderfully acted, perfectly paced and harrowing enough that I don’t really need to see it again, I suspect this may wind up on the foreign-language film Oscar ballot next spring. 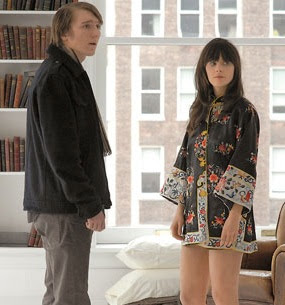 Know what won’t be getting any Oscar nods? My second film of the day, the inexplicably bad and unnecessarily pointless drama (comedy?) Gigantic (2/8). Honestly, I have no idea what this movie was about. None. There’s a mattress salesman named Brian (Paul Dano, who – at 24 – barely looks 18, let alone the 28-year-old he’s playing here), who wants to adopt baby from China. Whatev’. There’s Harriet (Zooey Deschanel), a ditzy girl who falls for Brian. And thennnnnnn… nothing happens, really. The story veers from disconnected scene to disconnected scene, with no clear narrative. All of a sudden, we’re on a family hunting outing. Then Brian and Harriet have sex in a pool. Then some weird, anonymous, violent guy keeps showing up out of nowhere (or in the middle of nowhere) and in disguise to try to beat the living shit out of Brian… FOR NO APPARENT REASON. It is never explained, yet it happens repeatedly. Yes, I get that perhaps this character is meant to be symbolic, or a figment of Brian’s imagination (yet the wounds this guys inflicts are very real and visible to other characters), but it was ridiculous. So was the movie. A gigantic waste of time, in my opinion. Walking out of the theater, hoping for explanation from each other as to what we’d all just watched, my fellow audience members seemed to echo the exact same sentiment.

Happily, I unloaded my ticket to Uncertainty on Eric and Dan’s “omigodthatmovieisbeyondterribleandyouwillhateit” advice. So I had the night off. (No unused coupon vouchers left, otherwise I would have hit a primetime screening.)

Line Buzz: Some good buzz on the Skin, confused buzz on Synechdoche, NY and PLENTY of bad buzz on The Brothers Bloom which, it seems, no one liked. 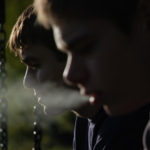 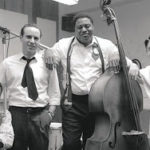