Many of the films at TIFF – this year and every year, for that matter – tend to be of the Heavy or Serious or Important variety; movies that may leave you shaken or angry or depressed or downright queasy by the time you walk out of the theater and back out into the real world. So it’s always a refreshing change of pace to plop yourself down for what you know will be a feel-good crowd-pleaser. 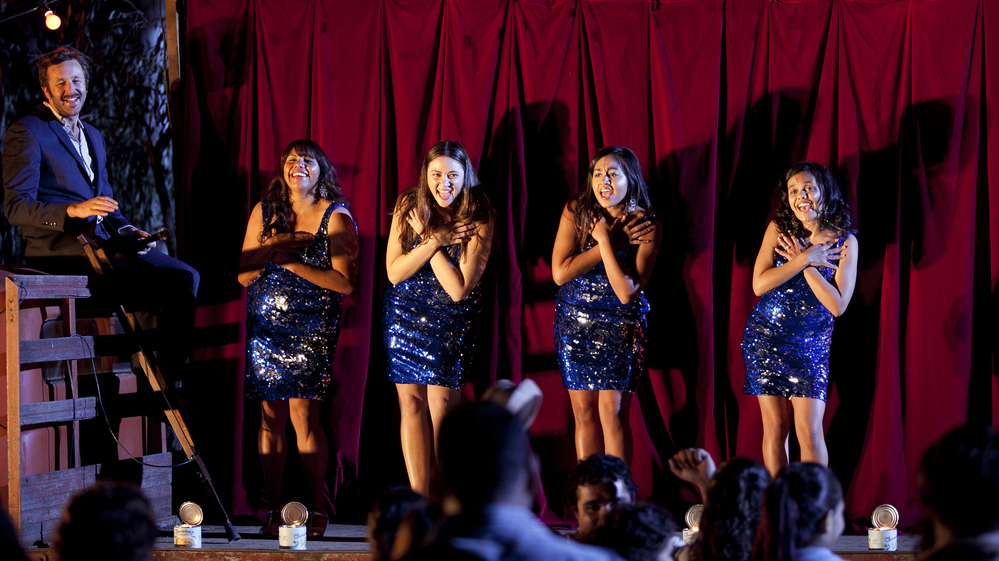 That was certainly the case with The Sapphires (7/8), an extremely entertaining and thoroughly delightful Australian offering that tells the true story of the titular 1960s singing group. More importantly, a singing group made up of three Aboriginal sisters and their fair-skinned cousin (Deborah Mailman, Jessica Mauboy, Shari Sebbens and Miranda Tapsell) at a time when Australia’s Aboriginals were subjected to widespread racism and segregation in a national climate not unlike Apartheid-era South Africa.

Discovered by a boozy Irish keyboardist-cum-manager (Chris O’Dowd) during the world’s tiniest and most racist talent contest at a dusty Outback saloon, the girls eagerly jump at the chance to refine their act and, later, to head to Vietnam to entertain the troops.

Filled with soul classics and boasting a killer soundtrack that will have even the stuffiest filmgoer bouncing a little in his or her seat, The Sapphires is reminiscent of The Commitments in its tone and execution, from the let’s-learn-choreography montage to its eyes-on-the-prize Irishman spearheading it all. And, though it doesn’t shy away from more somber themes or the tragic realities of Australia’s colonial past, the film is much more heart-swelling than heartbreaking.