OMG. What the hell is going on at the Scotiabank Theatre this TIFF?! It’s a complete MADHOUSE. Wall-to-wall people, rampant disorganization, not nearly enough volunteers, lineups all over the damn place, broken escalators, delayed screenings and near impossibility getting in or out of the venue with your blood pressure intact. Nevermind the fact that the ratio of available washrooms to filmgoers is woefully poor, or the fact that the late screening starts mean zero time to actually pee before a movie begins.

The festival organizers have moved all the screenings formerly at the Yonge/Dundas AMC to the Scotiabank, but the theatre is simply not equipped to handle that volume of moviegoers. On Saturday, you could barely move once inside due to the sheer number of human bodies crammed into the already jammed-to-the-rafters space. I couldn’t even find a volunteer to direct me to my line – because of the number of lineups, you may be seeing a film in cinema 10 but your line is in front of cinema 1. Or out by the lounge. Or outside ON Richmond (as in: IN THE STREET). So, you know, asking where to go is kind of important. 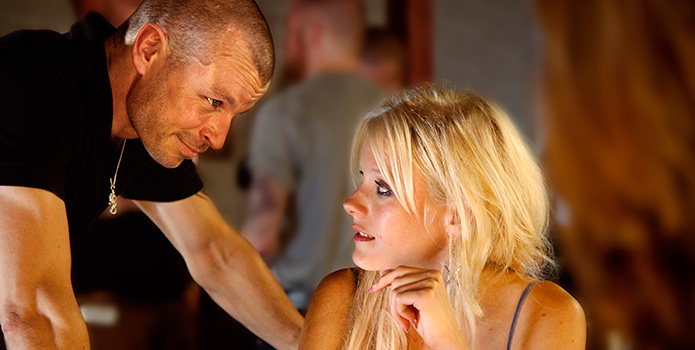 To say that attending a screening at the Scotiabank Theatre was utter chaos would be an understatement. By the time I was sitting in my seat after standing in line for nearly an hour (again, for a screening that started late), I was exhausted.

My one film on Saturday was Heart of a Lion (6/8), a stirring Finnish drama about a violent, neo-Nazi skinhead named Teppo (Peter Franzén), who begins to change his ways when he falls in love with a beautiful waitress (Laura Birn) with a biracial son (Yusufa Sidibeh). The new relationship opens Teppo’s eyes and softens his heart, but his ties with his Aryan brotherhood – and, specifically, his racist younger brother (Jasper Pääkkönen) – prove difficult to sever… or even alter.

Directed by Dome Karukoski, the film was something of a revelation for me, talent-wise. One of my favourite things about TIFF is always discovering new actors or directors to follow each September, and all three of Karukoski’s onscreen adults were compelling, engaging and pretty kick-ass. In the same way I fell for Danish actor Ulrich Thomsen and German actress Nina Hoss, I now find myself eagerly awaiting follow-up projects from Franzén, Birn and Pääkkönen. 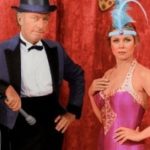 PreviousWhen the Circus Came to TownNextTIFF 2013 #3: Meh and MADNESS