Tous les Matin du Monde (All the Mornings of the World)

Tous les Matins du Monde is a handsome film in the way that Gerard Depardieu is handsome: It is all a matter of taste.
By Lindaon December 25, 2012
0 Comments
Our Rating 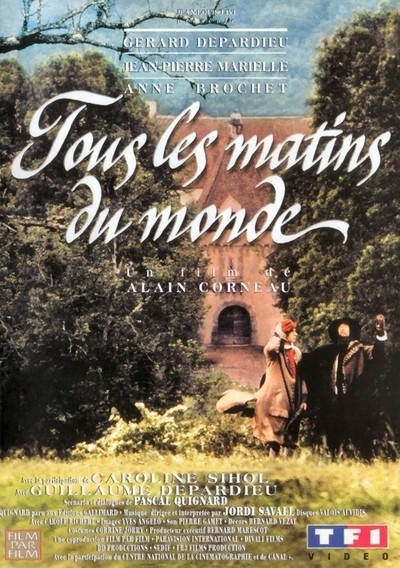 You have to hand it to the French. Only they can so deftly insert lines like, “I felt alone. My thick prick hung between my thighs…” into a historical costume drama without a hint of irony or humor. Even better is when the line is said flatly as an introduction from one male character to another. Call me American—which I am—but I think if I heard that, I would at least raise an eyebrow.

Tous les Matin du Monde (on original release, it was advertised as All the Mornings of the World) was heaped much international acclaim, and won several Cesar awards in France. It is easy to see why: A) One of the stars is the ubiquitous Gerard Depardieu. B) It is about art—in this case music. C) It is tragic.

Depardieu’s own son Guillaume plays his character, Marin Marais, as a young man. Marais, a cocky young buck, shows up at the home of the extremely private master of the viol (a stringed instrument that is sort of a more versatile cousin of the cello), the haunted Sainte Columbe (Jean-Pierre Marielle). You see, Sainte Columbe’s beautiful wife died young, leaving behind their two young daughters for him to raise alone. Highly regarded for his mastery of the viol, he nonetheless flips out, and becomes a hermit, playing his instrument to his wife’s ghost in a shack in the backyard. The daughters don’t seem to mind their isolated simple life, but the older Madeline (haunted Anne Brochet) can’t help but take an interest in the sudden appearance of pretty-boy Marin. (Yes, Guillaume Depardieu IS certainly pretty… but can he act? The jury is still out on that one.)

Much of the film plays as flashback, as Marin, now a famous musician in the King’s court (powdered wig and all) reflects with regret and sadness about how he disappointed his teacher by not only selling out, but by ruining the life of his master’s daughter. The thing is, not only is Marin not sympathetic, he is not even that interesting. Much more appealing, but with not so much to do, is Marielle’s Saint Columbe who conveys all of his emotion and sadness without words. His performance is lovely.

In fact, Tous les Matins du Monde is an extremely handsome movie. Every shot of the film looks like a Baroque painting. It is simply stunning. But I have to admit the film is otherwise a somewhat dull affair. Pretty, but dull. The extras on the double-disc set actually enhance the movie, especially an hour-long doc about modern viol player Jordi Savall, who performs the gorgeous soundtrack. Seeing him perform adds an appreciation for the unique sound of the instrument. The extras almost make you want to watch the film again… almost. Instead, you finally succumb to taking a nap. 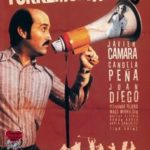 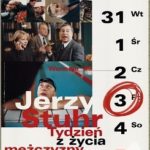