Walking with Dinosaurs is too dumb of a movie for the smart dinosaur kids that would want to see it.
By Lindaon April 2, 2014
0 Comments
Our Rating 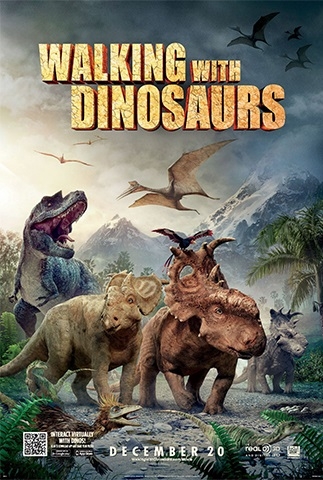 There is a type of kid that I’ll call a dinosaur kid. Dinosaur kids LOVE dinosaurs. There obsession is admirable for a person of any age, and they can rattle off the multi-syllable names of these extinct lizardy creatures, as well as whip out infographics and fact sheets about their favorites. Doesn’t matter if the dinosaur kid is 5 years old. These kids are smart.

So I find it weird that Walking with Dinosaurs is too dumb of a movie for the smart dinosaur kids that would want to see it.

A human family (cool paleontologist Karl Urban and his niece and nephew) head into the woods of Alaska to look for dinosaur bones. But teen boy would rather be glum and play games on his phone, so chooses to sit in the car. But wait! A crow starts talking to him (alas, crow-lips don’t move) and morphs into a dinosaur bird voiced by John Leguizamo, who begins to spin a tale about dinosaurs.

The center of the story is a young, runty Pachyrhinosaurus named Patchi (Justin Long). Patchi gets a hole bit into his “head” (shell?) by a toothy bird, gets separated from his family, is traumatized by a forest fire, falls in love with a girl dinosaur (Tiya Sircar), etc. (It seemed the girl dinosaur was pretty much the only female in the paleolithic times… no wonder they died out.)

The creaky, formulaic plot is interrupted with freeze-frame informative factoids that introduce each new interesting breed of dinosaur. This is actually an odd juxtaposition, as though the filmmakers suddenly acknowledge the smart dinosaur kids in the audience. But just as quick as the factoids appear, it is back to the very tiny-tot, dumbed-down story, where the characters practically talk in baby talk.

Walking with Dinosaurs SHOULD have been a smarter movie if they actually respected their target dinosaur-kid audience. Apparently this film is an offshoot of a 1999 BBC documentary series that was narrated by Kenneth Branagh (which alone probably means it was much smarter than this silly, kind of excruciating story). The smart kids will probably prefer a documentary or series like Planet Dinosaur over this movie, or at least I’d recommend that they turn off the sound and watch the admittedly impressive dinosaur CGI.

“The Ultimate Dino Guide” lets you click through profiles of various dinosaurs, like Parksosaurus and Hesperonychus. Again: This is what the smart kids would want to see. There is a kind of interesting interactive map where you can see where in the world the various dinos lived, and where bones have been found. “Match the Call” has the user match the sounds of the dinosaur with the species (talk about a crap shoot… who knows what they sounded like?). There is also an optional subtitle track with factoids while you watch the film, plus a trailer, and a brief Nickelodeon song. 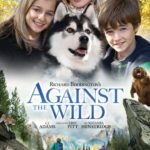 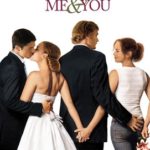