I’m running out of superlatives for Pixar films. They are, without fail, amazing. I love them all, and this newest cinematic outing from the folks who brought the world WALL-E and Finding Nemo is no exception. It’s gorgeous, hilarious, poignant, sweet, moving and, as always, incredibly smart.
By Vickieon December 26, 2012
0 Comments
Our Rating 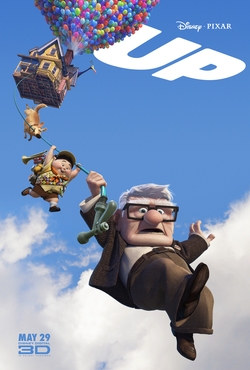 Filled with spectacular art direction and ever-clever writing, Up tells the story of elderly balloon vendor Walter Fredricksen (voiced by Ed Asner), who decides to fulfill a life-long promise to his late wife, Ellie, by embarking on the adventure they never managed to take together. (In a dialogue-free sequence that I can only describe as heartbreakingly beautiful, the audience witnesses the entire depth and breadth of Walter and Ellie’s childhood-to-old-age love story. Brilliant.) Faced with the prospect of being put in a seniors’ home, Walter inflates thousands of balloons and lifts his entire house into the sky… destination: Paradise Falls, South America.

Problem is, a plucky, pint-sized Wilderness Explorer scout named Russell (voiced by Jordan Nagai) – who’s eager to earn his “assisting the elderly” badge – has accidentally stowed away on the porch, and grumpy Walter suddenly finds himself saddled with an unexpected, and enthusiastic-but-bumbling, traveling companion. Together, they fly the house to their intended destination, but quickly discover there’s more to Paradise Falls than its natural beauty. For starters, there’s a giant exotic bird they dub “Kevin,” a lovable “talking” dog named Dug and once-famed-then-shamed explorer Charles Muntz (voiced by Christopher Plummer), who’s been living in bitter exile in a giant Zeppelin for decades and who’s desperate to return to public glory by whatever means necessary.

In the same way that other Pixar films shine because of their deft storytelling and meticulous attention to detail, Up fills every frame to overflowing with quality. Within the first ten minutes, you already care deeply about the characters onscreen, allowing for emotional investment in their misadventures, perils and well-being. Walter and Russell, with their yin-and-yang relationship, make for hugely compelling, fully realized leads. More importantly, believable leads. They’re both flawed, they both have underlying tones of melancholy and, when they’re together, they are frequently hysterically funny. Their supporting cast – specifically Kevin and Dug – are so enormously huggable (as all Pixar creations are) that it’s so easy to fall in love with the entire quartet of misfits as they navigate the jungle. And, as far as villains go, Muntz is appropriately sinister while still retaining a sliver of heart that sort of makes you understand why he’s such a miserable bad-ass.

There is so much to behold from start to finish in this film that I don’t want to reveal any of the magic moments it contains lest it spoil the blissful experience of discovering them on your own. Suffice it to say: Up works on every possible level. And its heartfelt treatment of relationships – both interpersonal and psychological – has a distinct maturity to it, which will appeal greatly to older members of the audience. It’s about bridging the age gap through commonality, about overcoming one’s fears and, most importantly, about the spectacular things that can happen when you unstick yourself from whatever’s holding you back in order to truly soar.

Pixar’s great movies always have highly enjoyable special features, and Up is no exception. The puffy-cloud theatrical short “Partly Cloudy” is included, plus there is a fabulous new short “Dug’s Special Mission” featuring the canine breakout star of the story (“Squirrel!”). The documentary “Adventure Is Out There” goes to southern Venezuela, where those crazy square mountains actually do exist (!) and are called “tepuis”. “The Many Endings of Muntz” shows the story editors mulling about different ways that were discussed to “off” the villain at the end (this is particularly interesting for anyone who has often struggled to find an ending to a story). There is a director commentary, and the Blu-Ray contains several additional docs as well as a geography game. 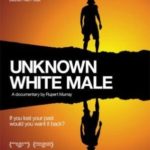 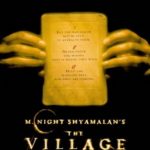