I kind of expected We’re the Millers to be as milquetoast as Jennifer Aniston herself, but the movie is surprisingly palatable.
By Jenniferon November 21, 2013
0 Comments
Our Rating 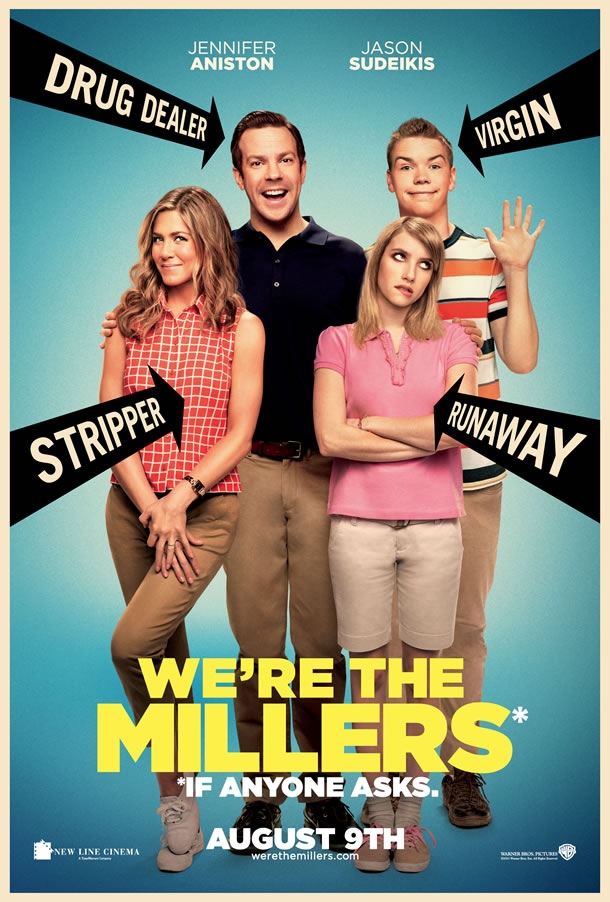 Jason Sudeikis stars as David Clark, a petty drug dealer who finds himself in hot water with a major drug trafficker. He owes roughly $83,000 and without a penny to his name, has little choice but to agree to an ultimatum: bring a “smidge” of marijuana up from Mexico and have the slate wiped clean, plus receive a $100K payday, or, basically, hold still and wait for a henchman to pick him off. The only way to pull this off without attracting suspicion is to pose as a wholesome all-American family man and slide across the border without so much as raising an eyebrow.

The trouble is assembling a family, but David makes quick work of that by enlisting the help of his neighbor, Rose (Aniston), a stripper with debts of her own. She sort of hates his guts, but doesn’t exactly have any better prospects at the moment. As you might imagine, Jennifer Aniston is about as convincing a stripper as, well, Jennifer Aniston. She’s a little too clean to be believable, but that’s okay. She segues easily into the role of David’s wife and fake mom to two borrowed teenagers, Kenny (Will Poulter), a neighbor boy whose mother has taken off, and a homeless girl named Casey (Emma Roberts). Together, they make a semi-believable foursome and a rented RV completes the picture of a typical family of tourists.

Improbably, the Millers pick up the “smidge” of pot (roughly one or two tons) and make it back across the border without incident. Seem too good to be true? It is. Mexican drug lords are soon hot on their trail, the deadline for delivery is fast approaching, and the RV has broken down. They are assisted by an authentic all-American family (Kathryn Hahn, Nick Offerman, and Molly C. Quinn) whose folksy ways and tendency to overshare account for a fair amount of the movie’s laughs.

Through all of this, the Millers become more and more like a real family, looking out for one another and offering advice in spite of fact that they don’t always like each other. It’s an experience that softens their hard edges and makes them realize what they’ve been missing. We all knew that would happen, but the journey is quirkier and slightly funnier than one might expect. Will Poulter is especially endearing as Kenny and the random redneck Casey picks up who constantly rocks the phrase, “You know what I’m sayin’?” is just about the funniest thing in the entire movie.

The Blu-ray edition of We’re The Millers includes a DVD and Ultraviolet copy of the movie, as well as an extended cut of the film (eight minutes longer than the theatrical version). Outtakes, deleted scenes, cast and crew interviews, and behind-the-scenes material makes up the 45 minutes of bonus features. 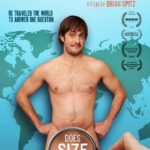 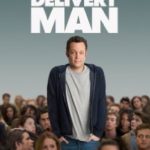