Whale Rider made me sob, SOB I tell you! And that was half an hour before the wrenching, beautiful finale of the film.
By Lindaon September 9, 2013
0 Comments
Our Rating 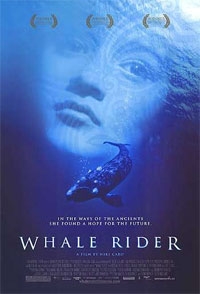 If any film arrived at the Seattle International Film Festival with advance buzz, Whale Rider would be it. The winner of the Audience Awards at both the Sundance and Toronto Film Festivals (how’s THAT for pedigree?), the film created quite an expectant energy in the packed house as the lights dimmed.

What begins as a nice enough family drama about tradition (in this case the native Maori culture of New Zealand), family expectations, and spirituality, basically knocks you over the head with its raw emotional beauty in the final half hour. It is rare that a movie gains momentum as it goes along, but I swear, as I was sobbing through the final sequences of the film, I was also mentally adding ratings slices in my head.

Whale Rider takes place in a modern Maori village, on the extremely picturesque east coast of New Zealand. The elder leader of the village, the gruff patriarch Koro (Rawiri Paratene) is bitter that his son Porourangi (Cliff Curtis) didn’t produce a male heir. Porourangi’s infant son died in childbirth, as well as the child’s mother, leaving only the boy’s twin, a little girl dubbed Pai. But Koro is insistent that a boy be trained to be chief, and if it has to be a child from a different bloodline, so be it.

Of course Koro can’t see the natural leader in front of him. As Pai grows up to become a precocious and eerily knowing child (played by the fabulous Keisha Castle-Hughes, who was only 11 during filming!), it pretty much becomes obvious to everyone except the chief that Pai is something special. She demands to learn the traditional dances that the boys get to learn, but is denied. She wants to sit in the front in the tribal lodge, but is relegated to the back with the other women. With a native culture in danger of dying out, the film begs the question, why not take a slight break from tradition in order to preserve it?

Whale Rider‘s sucker punch surprised me, turning a somewhat typical, almost Billy Elliot-fighting-against-all-odds story, into something much more profound and cross-cultural. There is a scene where Pai makes a speech about her cultural heritage and her grandfather’s expectations, where the young actress has tears literally rolling down her cheeks. If there was a dry eye in the house, I dare you to raise your hand.

With its gorgeous cinematography, cross-cultural appeal, a lovely soundtrack (by Lisa Gerrard), and a solemn respect for culture and tradition, Whale Rider more than a little reminded me in tone of another lovely modern fable, The Secret of Roan Inish (one of my personal favorites). I can see Whale Rider sharing a shelf with that tale, as a wonderful family film that will reach adults as well as children with its powerful universal message. 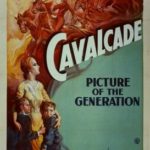