In a society where striking umpires can get the country in an uproar, teachers’ unions once again get the short end of the stick. Unfortunately, it is easy to forget that it’s the children that suffer.
By Lindaon September 25, 2012
0 Comments
Our Rating 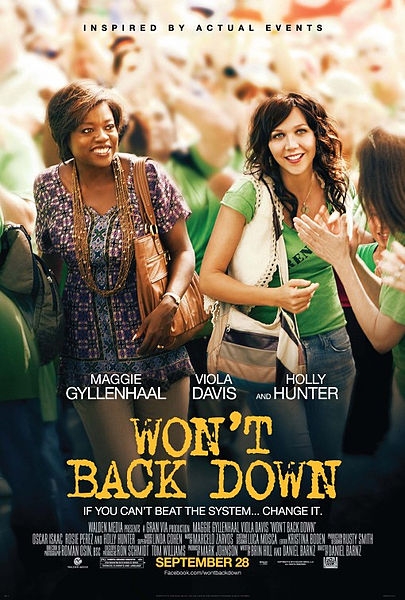 Any movie that stars Viola Davis, Maggie Gyllenhaal, Holly Hunter, Rosie Perez, and Marianne Jean-Baptiste is already worth seeing just because of the cast. Shoot, have them sit around a coffee table and eat pie while talking about the weather, and I’ll bet it would be worth watching. Now throw in a very touchy plot, about public schools, teachers’ unions, and illiterate children, and you have a hot button topic that is definitely worth exploring.

Maggie Gyllenhaal plays Jamie Fitzpatrick, a single mom who works two jobs to take care of her cute daughter Malia (Emily Alyn Lind). Due to no fault of their own, Malia attends her local Adams Elementary, which has been recently given a failing grade. The teacher’s are broken, the kids are apathetic, and the whole system is just a non-functioning mess, passing kids through who (literally?) can’t read. Well-meaning folks who can’t comprehend the problem just tell Jamie to take her daughter to another school, but it isn’t as easy as all that when you are poor and have limited options.

When Jamie and Malia sit in a gym with hundreds of hopeful parents and kids, hoping for one of a handful of spaces at a successful charter school, you can just read on Jamie’s face that she has simply run out of options for her kids. (This heartbreaking last-hope lottery moment is right out of the documentary Waiting for ‘Superman’, which also attempts to tackle the difficult subject of broken public schools.) Jamie is fed up, and decides to do something about it.

Enlisting the help of Nona (Viola Davis), one of the kindly (but dispirited) schoolteachers, Jamie uses her no-nonsense car-sales skills to rally parents and teachers to demand changes for their poor school and the kids who suffer for it. And why shouldn’t they?

Well, there’s the teachers’ union. Created to protect jobs and give a voice to the profession, the teachers’ union, as portrayed in the film, is as broken as the public schools. Red tape and bureaucracy stifle creative teachers. Just as good teachers are protected, so are bad, breaking the spirit of all involved. If no one can be fired, why bother excelling?

These is a really difficult topic to handle in one film, which is part of the problem. Jamie is given a love interest, a hunky music teacher named Michael (Oscar Isaac) who is also there to serve as a teacher who is a union supporter, but is torn about how to help the school. Cartoony bureaucrats flavor those who represent the union as a big, selfish machine. Solutions are presented on paper, but we as an audience aren’t given much detail beyond, “We can do better!” Just having a thumbs up ending, and an idyllic glimpse of things turned around doesn’t answer enough questions. But these questions certainly need to be asked. After all, failing schools are indeed a big problem, and one really does need to think of the children!

Special Features include a commentary by director Daniel Barnz on the feature as well as a handful of deleted scenes. A couple of featurettes are also included: “A Tribute to Teachers” where cast and crew are interviewed about teachers who influenced their own lives; and “The Importance of Education”, where stars and director make an impassioned plea about how education in the U.S. is stuck, and something needs to be changed. Even if Won’t Back Down isn’t perfect, the controversial problem of failing education it portrays will certainly get you (rightly) riled up. 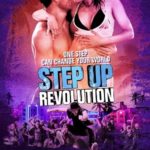 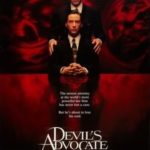