What Ever Happened to Baby Jane?

Though What Ever Happened to Baby Jane? is a bonafide camp-horror classic featuring two of classic-Hollywood’s favorite divas cooped-up in a house and squaring off, it is still a surprisingly effective psycho-drama where one sister slides into delusion and cruelty, while the other sister fights for survival.
By Lindaon October 26, 2012
0 Comments
Our Rating 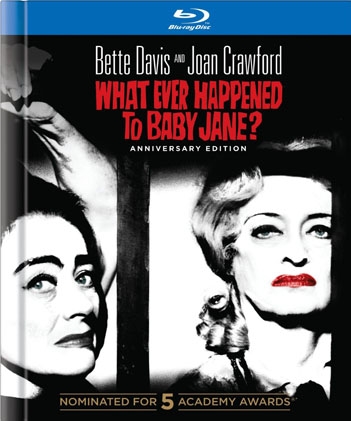 We meet Baby Jane as a ringleted child star, who is a cutesy song-and-dance toast of the vaudeville circuit. She is so popular, she even has creepy life-sized dolls of herself for sale after the show. This kid looks more than a little like Nellie Oleson from Little House on the Prairie, and backstage, we discover that she also acts more than a little bit Nellie as well. Her older sister Blanche is the butt of Baby Jane’s off-stage cruelty, but mom tells Blanche things will change when Baby Jane grows out of being a child star, and that Blanche needs to promise to always be kind to her sister.

Fast forward to the 1930s, the heyday of bustling Hollywood. Surprisingly Blanche is the one who has become a screen star, and Baby Jane has not only outgrown her cutesy act, but she apparently has outgrown her talent in the process. Jane only gets roles because her superstar sister pulls strings out of kindness in the background. But Baby Jane is pissed and always jealous, so runs down Blanche in a drunken rage in front of their Hollywood house! (Note that the great thing about these flashback scenes is that they are able to use actual footage of Joan Crawford and Bette Davis from their own films… soooo good!)

Fast forward another 20 years or so, and the sisters are now spinsters, living an isolated life in their Hollywood home. Blanche (Crawford), in a wheelchair, is basically stuck upstairs in her room, is delivered food by bitchy Jane (Davis), and looks forward to weekly visits by the kindly maid Elvira (Maidie Norman). Blanche is still basically a saint, and this makes Jane crazy. Jane mocks Blanche by mimicking her goody-goody voice (the first time Davis did this, through a bit of Hollywood trickery, I actually shuddered), she hides her sister’s fan mail, and she continues practicing her Baby Jane child-star song and dance routines in the mirror. Let me just say, when Bette Davis, dressed in a baby-doll dress and caked with clown makeup, performed to an unsuspecting visitor, “I’ve written a letter to Daddy… his address is heaven above…” (gesturing cutesy-like toward heaven) my cat’s ears actually flattened back on her head.

With Baby Jane clearly established as the psycho, the “drama” comes into this psychodrama when Blanche doesn’t reveal to Jane that they are out of money and that their house will need to be sold. What should be done with Baby Jane? Well, when Jane finds out, she has her own plans of how this will all go down… and that is when all hell breaks loose.

Is it wrong of me that I felt that handsome Joan Crawford got progressively hotter the more hungry and disheveled she looked during her imprisonment? Is it strange that I kind of felt sorry for poor, crazy-town Bette Davis and her desperate measures? When I saw this film for the first time in high school, I thought it was delightfully campy. Well, it still is. But to the film’s credit, I actually found it more sad this time around. Maybe we all have an inkling of fear that we will end up cooped up and forgotten with only a crazy relative to care for us. Though What Ever Happened to Baby Jane? proved to be a template for shut-in horror movies, it still ranks easily as one of the best. Sure, it is giggle-worthy, but it is still thrilling enough to give you the creeps.

The film comes to Blu-ray with a full-on Anniversary Edition. Included are a Blu-ray book, with photos of scenes and quotes and other tidbits from the film. Included in the extras are commentaries by Charles Busch (a surprising treat, as he is famous as a diva drag queen, so really knows his divas!) and John Epperson. Each actress gets a full documentary, All About Bette (hosted by Jodie Foster) and Film Profile: Joan Crawford (produced by the BBC in the late 1960s, so no Mommie Dearest taint here!). There is also a contemporary behind-the-scenes peek, a theatrical trailer, and a truly bizarre clip from The Andy Williams Show in 1962, with Bette Davis, as herself, in a baby-doll dressing, singing a song about the movie. Oh, and finally skip the dreadful, weird, technicolor “Dan-O-Rama Movie Mix”, which is a sort of weird music video remixing scenes of the movie. 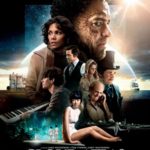