SEATTLE — April 21, 2014 — The Seattle International Film Festival announced today that the Opening Night Film for its 40th annual Festival will be Jimi: All Is By My Side. Musician, actor, and style icon André Benjamin stars as Seattle rock legend Jimi Hendrix in this film from Academy Award®-winning screenwriter John Ridley (12 Years a Slave). Ridley is scheduled to attend the Opening Night festivities on Thursday, May 15.

It’s 1966 and James Hendrix is an unknown backup guitarist in New York City. One night, Linda Keith (rising British talent Imogen Poots) – girlfriend to Rolling Stones guitarist Keith Richards – happens to catch a set he’s playing and, mesmerized by his skills, brings Hendrix into her inner circle in London. There, Hendrix has the freedom to develop his craft and personal style. Before long, however, he finds himself caught between Linda’s protective grasp and the charms of a new admirer (Hayley Atwell, Captain America). With these two women by his side, Jimi, as he is now known, navigates the London music scene and begins to make his mark in the world of rock ‘n’ roll – the rest is history.

Ridley, who also wrote and executive produced the film, has crafted a daring, wholly original interpretation of an artist’s origins, perfectly blending his story with archival footage of the era. Benjamin’s magnetic, nuanced performance is the beating heart of Jimi: All Is By My Side; he brilliantly distills the essence of Hendrix before Hendrix. The result is an intimate portrait of the early, momentous years in the life of the legendary guitarist.

The film will be released in theaters this summer by XLrator Media with Open Road Films.

Carl Spence, SIFF’s Artistic Director, says, “I can’t think of a more fitting film to open our 40th – as SIFF looks back on where we’ve come from and forward to where we’re going, we’re inviting everyone to come together to see a film that traces the origins of a Seattle music legend. The film and music communities of Seattle have proved to be a source of incredible creative expression capable of garnering attention worldwide, and Jimi encapsulates that.”

Adds Mary Bacarella, SIFF’s Managing Director, “I am thrilled to kick off the Festival with such an exciting film and guests. 2014 has been an incredible year for Seattle, with the Seahawks winning the Super Bowl and Macklemore taking the world by storm – SIFF’s 40th Festival will keep the party going!”

The Opening Night Gala will take place on May 15 at McCaw Hall, with the after-party held next door at Seattle Center’s Exhibition Hall. With an expected attendance of 3,000, it’s Seattle’s most exciting party. General admission tickets and Red Carpet Experience tickets are available for purchase at SIFF.net or by calling the SIFF box office at 206.324.9996. 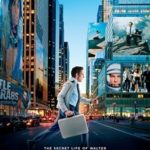