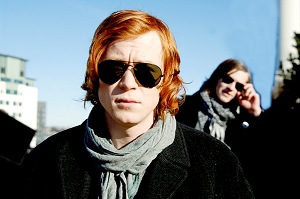 BEST FEATURE FILM: The Man Who Loved Yngve Directed by Stian Kristiansen
An unexpectedly delightful film, THE MAN WHO LOVED YNGVE tells a compelling and beautifully cinematic coming-of-age story which captures the cynicism and innocence of self-discovery. Amazing performances and solid storytelling allow Stian Kristiansen to direct a memorable and fully engaging film.

FEATURE FILM HONORABLE MENTION: I Can’t Think Straight Directed by Shamim Sarif
As a genre, I CAN’T THINK STRAIGHT, is film that needs to be recognized for its complex story and politics. Filmmaker Shamim Sarif is a remarkable storyteller that will continue to push the boundaries of world and social issues.

BEST DOCUMENTARY FILM: Edie & Thea: A Very Long Engagement Directed by Gréta Olafsdóttir and Susan Muska
A timeless and timely love story that transcends being gay and is truly universal. This deeply intimate portrait of two charming, intelligent women and their life together engages the audience to consider the nature of love, commitment, and the definition of marriage. A movie that touched our hearts and brought the entire audience to tears.

BEST SHORT FILM: Diana Directed by Aleem Khan
For a powerful and expressive portrayal of alienation based on complex identity. This film uniquely tackles all of the multiple challenges—cultural identity, gender identity, sexual orientation, and family relationships—in a single character.

SHORT FILM HONOURABLE MENTION: Claiming the Title Directed by Jonathan Joiner and Robert H. Martin
For shedding light on an important part of our combined historical struggle against blatant discrimination. For reminding us that progress is not about winning or losing but about taking courageous, continual, incremental steps.

MOST INNOVATIVE SHORT: The Apple Directed by Emilie Jouvet
For transcending our expectations of queer cinema. THE APPLE was a visual feast that showed us the sensuality of the forbidden. 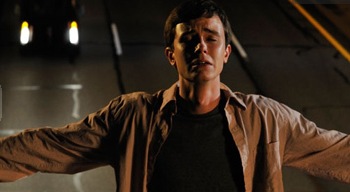