Every once in awhile, a movie comes along that makes me swoon. A Single Man had me in its clutches from the start, and it didn’t let go until it left me with a broken heart (but in a very well-earned way) at the end.
By Lindaon April 17, 2010
0 Comments
Our Rating 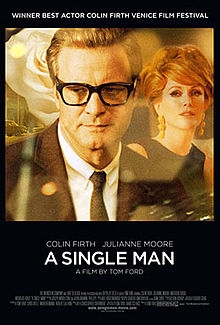 Every once in awhile, a movie comes along that makes me swoon. A film swoon usually begins within the first ten minutes, making me sit up with attention and surprise. I get excited and nervous with anticipation, wondering if the movie can pull through on it’s promise for its full running time, or if my heart with be disappointed and broken when the closing credits scroll. A Single Man had me in its clutches from the start, and it didn’t let go until it left me with a broken heart (but in a very well-earned way) at the end.

Colin Firth, in a lovely understated performance, plays George, a university professor that goes about his everyday life in a daze because emotionally he is crippled by a grief that he cannot share. This is 1962, and George’s partner Jim (Matthew Goode, in flashbacks) died months earlier in a car crash across the country. But this is 1960s America, and though they were together for 16 years, a distant member of the family called to give George the news as an afterthought, and blatantly told him he wasn’t invited to Jim’s funeral. Don’t want to make people uncomfortable. And George, being conservative and proper, just takes his dismissal as part of the closeted life.

A Single Man takes place in the span of one day. George gets up, gets dressed, goes to work at the university where he works in shiny, sunny Los Angeles. He empties his desk. He gets home. He carefully lays out his clothing as well as a letter to his boozy and vivacious best friend Charley (the fabulous Julianne Moore) who followed him from London to live down the street. It is clear that his sadness is so crippling, that he has simply decided that he is done.

But A Single Man shows us glimmers of hope in this one man’s dismal day. George looks at a woman’s lipsticked lips, and the image in the film becomes slowly richer in color. George, startled and momentarily aware, tells the woman that she looks lovely. He sees young men playing tennis in the sun, and becomes mesmerized by their physical beauty. These moments of clarity eventually fade, but one hopes that these glimmers might make it worth it for George to get out of bed in the morning.

And maybe so do the curious attentions of a pretty young man named Kenny (Nicholas Hoult), a student in one of his classes. Kenny’s eyes shine a startling blue and his hair falls in his eyes as he attentively participates in George’s class. For another moment, George forgets his misery. But then maybe this young man reminds him of when he met Jim, shown in a flashback scene of a much happier time.

Tom Ford, a famous fashion designer, has made A Single Man, his first film. It is shockingly good, and if I knew nothing about Ford, I would have just assumed he was a born filmmaker. The pace of George’s day is languid and pedestrian, a day seemingly like any other. But the cinematography and art direction make George’s world go from cold and grey to gauzy and rich subtly but noticeably. Small connections with others rip him from his grief-filled sleepwalking, but he slowly, unavoidably slips back into his own mind. It is dreamlike and sublime. And as you continue to see George to the end of his day, you find it wrenchingly sad, and heartbreakingly beautiful. It is a gorgeous film. 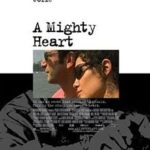 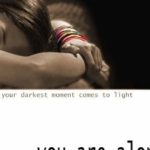