“Grand Hotel. People come and go. Nothing ever happens.” If that were true, we’d never have the classic Hollywood film where Garbo uttered her most famous line.
By Lindaon January 26, 2013
0 Comments
Our Rating 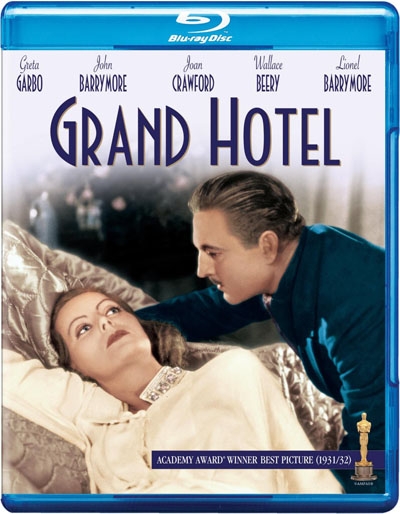 I remember trying to watch Grand Hotel for the first time years ago on DVD. I’m always game for beefing up on my Oscar history, and I had never seen this 1932 classic, only the fifth movie to get Hollywood’s most prestigious award. I think I lasted five minutes. The film quality and transfer was so horrid and the sound atrocious, that it was simply unwatchable. What a shame.

Now, years later, film restoration is catching up with the demand for high-quality transfers for our fancy hi-def TVs—and, once again, Grand Hotel looks absolutely grand on Blu-ray.

Adapted from a hit stage play that was based on the novel Menschen im Hotel by Vicki Baum (where she wrote about her own experiences working in such a hotel), the film was one of the first to boast an all-star cast. Rather than casting a couple big names from their roster, MGM went all-out, and put their five biggest names on the marquee: Greta Garbo, John Barrymore, Joan Crawford, Wallace Beery, and Lionel Barrymore. Using the now-common multiple interweaving-plots involving a couple handfuls of characters, Grand Hotel was a huge hit with audiences. Within the industry, maybe a bit less. Despite winning Best Picture, Grand Hotel holds the dubious honor of being the only movie to win the top award without even being nominated in any other category. Politics in Hollywood is apparently nothing new.

The top-billed Greta Garbo plays the dancer Grusinskaya, who is apparently having a mid-life crisis that beautiful women in their late 20s tend to have. She mopes, refuses to go to her performance, and wails, “I want to be alone!” to her handlers’ dismay. Her attitude towards life instantly changes when she crosses paths with the charming thief The Baron (John Barrymore), who sneaks into her room with the full intention of stealing her pearls, but is instead witness to her misery. What to do when accidentally stumbling upon a beautiful, miserable women? Well, fall madly in love with her, of course!

Joan Crawford has the best introduction in the credits: she is Flaemmchen – the Stenographer! (Wouldn’t that look great on a business card?) She is a saucy, modern young lady who sometimes needs to go the extra step with her clients to ensure financial stability. Her boss of the moment is businessman General Director Preysing (Wallace Beery), who’s as boorish as he is entitled with his place in the world. He does not expect to see one of his company’s underlings staying at the same posh hotel as he, so when he crosses paths with the lowly Kringelein (Lionel Barrymore), he is none-too-pleased. But Kringelein is on his last holiday… he is dying, so has nothing to lose when it comes to blowing his life’s savings, and standing up to his boss, in a righteous representation of the angry 99%.

If Grand Hotel were made now, it would probably be dismissed as one of those all-star fluff pieces. It retains its place in history, however, due to a few memorable elements. Yes, indeed there is the very famous Garbo line (which apparently placed #30 in AFI’s 100 Years…100 Movie Quotes). But it is also fascinating to see the evolution of acting styles between Garbo (who came from huge success in silent films), John Barrymore (who came from the stage), and Joan Crawford, who was very much a hot young thing in the talkies, pretty much steaking all her scenes (so much so that the filmmakers went back and added more scenes with Garbo so she wouldn’t be upstaged). Garbo may have been the biggest name (and is undeniably a classic beauty), but to me the other leads, in this new world of sound pictures, completely acted their way around her.

As we all know, Garbo would only act 9 more years before calling it quits on Hollywood (yes, she famously wanted to be alone after that). Grand Hotel remains an entertaining concoction that is not only a classic of Hollywood, but is one of the first bonafide all-star crowd-pleasing hits, giving audiences what they wanted.

Among the extras on the Blu-ray are feature commentary by Jeffrey Vance and Mark A. Vieira, plus a making-of documentary, and the musical Vitaphone short Nothing Ever Happens that is a goofy, spot-on spoof of the feature film (it’s fun to see that way back when, Hollywood already liked to poke fun at itself). One of the best extras is film footage from the premiere at Graumann’s Chinese Theater, where all the stars on the red carpet had to “sign in” on a huge hotel registry at a “front desk” built on the sidewalk, all to flashing bulbs and squealing fans. Fun to see a young Clark Gable brought along as a date, and he is barely mentioned by the otherwise breathless commentator. I love it!} 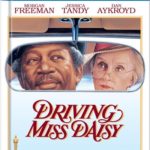 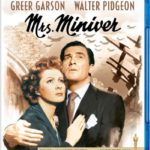