Let’s just say, it is not a good sign when the target audience’s giggles turn to heckles by the end of the film.
By Lindaon March 30, 2013
0 Comments
Our Rating 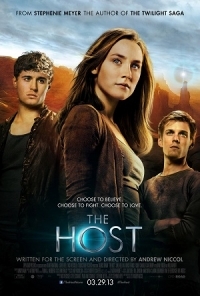 Stephenie Meyer’s strange penchant for characters with weird eyes continues in the adaptation of her first non-Twilight book, the sci-fi romance The Host. This time, vampire-gold is discarded for glowy light-blue contacts which shows the audience that a character is actually an alien. You see, a supposedly benign alien race has come to Earth to inhabit human bodies. Humans are just the latest hosts of these beings who hop from planet to planet to survive. To the humans’ benefit, the alien race has obliterated hunger, war, and politics and has created a world of lots shiny chrome cars and furniture as well as a wardrobe of really nice, crisp white clothing. Not to mention the easy availability of free generic food and sundries at your local warehouse store called, appropriately, Store.

The problem is, when an alien takes over a human, the human consciousness gets pushed out and replaced by the new being. That kind of sucks for humans.

The story opens with one of the last surviving original humans Melanie Stryder (Saoirse Ronan) running from the aliens in a last, desperate fight for self-preservation of her mind with her body. But when there is no escape, she jumps out of a window, hoping to give them one less host body. Alas, she survives, and is implanted with an alien who calls herself The Wanderer (eventually “Wanda”… har!… for short). But Melanie’s conscious is still there, shoved away in the corner of The Wanderer’s new host body. This is so far a good setup, until Melanie “reveals” herself.

It is established early on in The Host that we will be treated to Saoirse Ronan with glowy eyes trying to emote two characters: One, her external physical being Wanda, and the other, her mental piggy-backer Melanie using (oh, the horrors) teenage girl voice-over. We know that Melanie is still around as we hear the constant hysterical-girl chatter of, “Oh my gawd! What are you doing?!??! DON’T KISS HIM! Where’s Jake? Why are you doing this?!!? Where’s my brother?!?!” Throw in Melanie’s love interest (Max Irons) competing with another boy (Jake Abel) for the love of Melanie and/or Wanda, which leaves one physical body torn between making out with two different guys. (Cue audience giggles)

The only person to come out relatively unscathed from this howl-inducing movie with terrible dialogue, earnest attempts at acting, and lots of sharp clothes is Diane Kruger as the fashionably-dressed Seeker, who is on Melanie/The Wanderer’s tail. She is the only person who seems to be above the material, and is in a more compelling (though still B-grade) sci-fi flick. As she chases Melanie with her almost Terminator-like determination for her own dubious purposes (aren’t they supposed to be peaceful aliens), there are glimmers of a better movie.

It’s not that the concept of The Host is a bad one, it’s just that the overall film is just so terribly, hilariously bad! If this film has any longevity after its quick trip to home video, it will be as textbook case of how fancy production values and some quality acting names (William Hurt! Frances Fisher! Saoirse Ronan!) do NOT make up for the fact that having a decent screenwriter makes all the difference in this world (and the next). 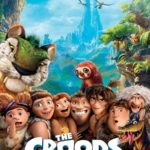 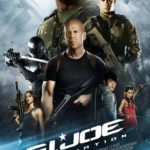