A Star is Born is one of those Hollywood classics that I missed until now. Not knowing at all what to expect, I really shouldn’t have been surprised to find that Judy Garland simply broke my heart.
By Lindaon February 10, 2013
0 Comments
Our Rating 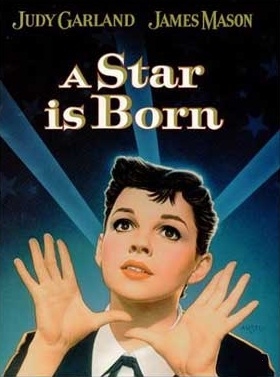 According to the extras on A Star Is Born (the Deluxe Edition), by the time this film was made in 1954, Judy Garland had already gone through two divorces, had substance abuse problems, had a couple of kids, and had gotten remarried to producer Sidney Luft who orchestrated this film as Garland’s comeback. Garland was 32 when she made this film, and I was heartbroken to notice that she looks as tired as her shooting-star character Esther Blodgett.

Esther is a hard-working singer with a house band when she is discovered at a variety show by famous screen actor Norman Maine (James Mason). In love with her voice immediately, Maine tells her that she is destined to be a star, that she should follow her dreams, and that he will help her along the way. Too bad that Norman is a drunk and a washout. As Esther’s star rises, Maine’s reputation and alcoholism gets the worst of him. As Esther marries Norman, becomes the famous Oscar-winning actress Vickie Lester, her fame quickly begins to outshine her unemployable husband’s career, and of course tragedy is soon destined to strike.

Garland is simply fantastic. She has a tricky role-within-a-role, as there are several full song-and-dance, film-within-a-film production numbers in A Star Is Born, taken from her character’s hot career. Watch Garland as she sobs in the arms of her studio chief Oliver Niles (Charles Bickford) about her alcoholic husband. Then she dries her eyes, pulls herself together, and goes on to perform a ridiculously perky song-and-dance number. Garland absolutely breaks your heart. I was surprised to see that she herself did not win the Oscar (like her own character in the film) for this role (the award went to Grace Kelly that year).

Directed by the great George Cukor, A Star Is Born is old Hollywood filmmaking at its best. Within the first 10 minutes, you just know that they don’t make films like this anymore. As a peek behind the scenes of the fame, fortune, and rejection that Hollywood can bring to its brightest talents, it is a fascinating and absorbing film.

The Deluxe Edition of A Star is Born includes a couple hours of previously released extras, as well as two more hours of juicy special features. Among the alternate takes you’ll find are of the famous sequence “The Man That Got Away” (showing how Garland could make subtle changes in her interpretation, and how director George Cukor created different moods based on film and costume changes). Also, see how the score changes the tone on James Mason’s final swim scene. There are audio vault interviews, song outtakes, and radio broadcasts, plus scenes from the film’s premiere, and even a “short” by Jack Warner, touting it as one of the big pictures of the year. Among the many other extras are a half hour Pantages Premiere special from TV. Fans will eat this stuff up. And note, this IS the 1984 reconstructed-to-its-almost-original-length version of the film, which is a fascinating experiment. Where footage was lost, still photos from the actors on set move the plot along, utilizing the soundtrack which luckily survived. 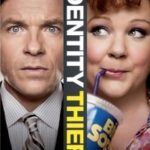 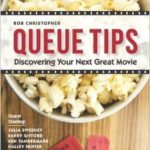