Jean-Pierre Jeunet’s trademark whimsy and weirdness is stifled in this attempt to make a straight war drama.
By Lindaon December 27, 2004
0 Comments
Our Rating 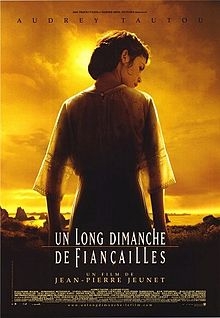 Though I am often swayed and a bit star-struck when a director I admire—in this case Jean-Pierre Jeunet (City of Lost Children, Amélie)—is presenting his own film, as was the case of the screening of A Very Long Engagment I attended… I still came away feeling a little disappointed that I didn’t like the movie more than I did.

The film certainly starts powerfully. We meet, with the help of narrative voice-over, a handful of French soldiers that intentionally maim themselves in the miserable fighting conditions of World War I in the hopes of being sent home. But if you are caught doing such a thing as shooting a hole in your own hand, the punishment is harsh. The men are basically sent out of the trenches into no-man’s land between the battling French and German soldiers as the ultimate capital punishment. These scenes are brutally intense, and some of the most impressive war footage I’ve seen on screen in a long time.

Flash forward a couple years, and a beautiful young woman still pines for her fiancé, who was one of the men sent to his death for self-mutilation. Played by the always-luminous Audrey Tautou (who also starred in Amélie), Mathilde is devastated by the loss of her childhood sweetheart, yet still wistful for reasons she can’t quite explain. She has a glimmer of hope that her love Manech (Gaspard Ulliel) is still alive… she just needs to uncover the story of what actually happened to him.

Though it is overall a dark story, with Jeunet at the helm, A Very Long Engagement often strives for humor and Jeunet’s trademark whimsy. But in this case, the mix just didn’t work for me. The quirkiness seems to throw the film off balance. For instance, there is a female killer on the loose during Mathilde’s investigations. The scenes where the mystery woman offs her victims are cleverly funny, but seem out of place. Especially when contrasted with scenes such as the horrific—and visually stunning—montage of a zeppelin exploding in a crowded hanger, or the tale of a lonely war-wife (surprise! Jodie Foster! speaking French!) finding comfort in the arms of her husband’s best friend.

At over two hours in length, there is a lot of time to fill with the mystery. Mathilde gets close to finding out, then the answer slips away. She stays with her parents, watching the mail, waiting with hope. Knowing Jeunet’s previous work, and, as one audience member put it, the filmmaker’s overall trust in the goodness of people, I was never much in doubt that Mathilde would find the answer that would put her at peace. But I wish at the end that I was more emotionally involved in the journey. 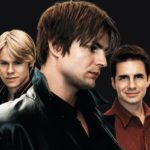 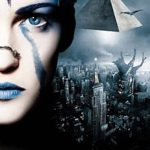