For me, there is a thin line between plot-forwarding violence, and violence for violence’s sake. Ab-Normal Beauty treads that thin line, and several times crossed it for me. But as the fascination with violence, and more importantly death, is a main part of the plot, I struggled with whether showing all of the stomach-churning ickiness was necessary.
By Lindaon May 1, 2000
0 Comments
Our Rating 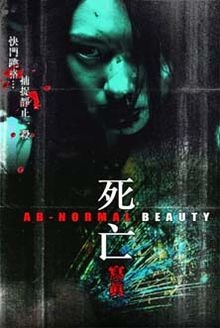 Jiney (Race Wong) is a pretty young student who disses boys to instead go out and take photos with her best friend Jas (Race’s real-life sister Rosanne Wong). She is a serious girl, with furrowed brow, oblivious to the stares and “I think you’re hot” interest of cute boys like Anson (Anson Leung) and even Janey, who proclaims she is in love with her. Instead, Jiney’s eyes scan right past them, and become enthralled in images of death, as one day she is lucky enough to have her camera in hand when a suicide leaps from a tall building right in front of her. With the blood pooling around the splattered body’s head, she thinks she may have found her artistic calling.

In her quest for her art, it is unsurprising that Jiney slowly becomes unhinged, resorting to flipping out alone in her apartment (her mom is eternally absent), painting blood-red paint into her hair, and lying in splatterings of her own artistic mess on the floor. Lucky for her, her lover Jas is always there for her, a phone call away.

Now up until this point, Ab-Normal Beauty is a kind-of interesting character study, and certainly stunning to look at. If ever a filmmaking team were to tackle the appeal and obsession behind visual art, it would be the Pang Brothers who have a visual flair like few other movie makers these days. But around half-way through, Ab-Normal Beauty takes a turn for the worse. Someone starts leaving graphically violent video tapes at Jiney’s door—horrible imagines of young women strapped to a chair, being beaten to death… YIKES! Whoever is making the tapes unsurprisingly thinks that she is turned on by the images, despite having to turn away.

Now, I was so appalled by certain gratuitous scenes towards the end that I actually turned the film off. I decided I did not need to see the rest of the film. I was done. That’s it. But I did finish it a couple days later. Disappointingly, the film at that point had spiraled into a more run-of-the-mill gore-fest. It was almost like direct Oxide Pang got so excited himself by the art of violence, that he left original plot behind, concentrating instead on shock-value moments. It is too bad, because Ab-Normal Beauty seemed for awhile to have promise of something better. 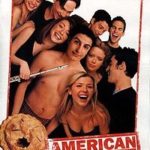 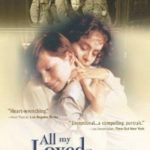