This wonderful, poignant and unapologetically sentimental new dramedy from Love, Actually writer-director Richard Curtis could, for its lessons about hanging on vs. letting go, be called Live, Actually. And I loved it.
By Vickieon November 4, 2013
0 Comments
Our Rating 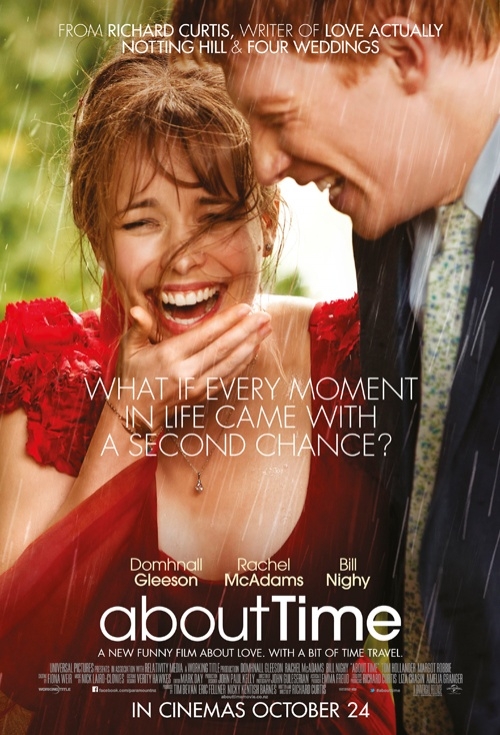 The challenge of balancing the past, present and future underscores this story about love – love between family members, between friends, and between the film’s amiable hero, Tim (Domnhall Gleeson), and Mary (Rachel McAdams), the charmingly insecure American for whom he falls head over heels. Tim is a goofy young Brit who discovers he – like all the men on his father’s side of the family – can actually travel back to any point in his own lifetime to relive it. When his dad (Bill Nighy, in a role showcasing his unrelenting lovability) asks what Tim plans to do with his newfound skill, Tim sheepishly replies that he hopes it can help him get a girlfriend.

And, soon, that’s what he’s doing, courting Mary by Groundhog Day-ing different situations until they’re perfect. Soon, they’re closerthanthis and blissfully happy… which, conveniently, is also when Tim begins to understand the downside of time travel. Namely, that repeating the past can color your enjoyment of the present and prevent you from stepping into the future.

Though criticized for crafting movies that manipulate our emotions, Curtis – who also penned Notting Hill and Four Weddings and a Funeral – is a master of the subtle and sublime, infusing his work with brilliant little moments and stellar supporting turns woven into a film’s tapestry to make it that much richer and brighter. Think of Emma Thompson opening her Christmas present in Love, Actually, or the brownie “contest” in Notting Hill, or John Hannah’s eulogy in Four Weddings and a Funeral. He does it again in About Time with, among other things, Tim’s doddering Uncle D (Richard Cordery), who delivers a single line (about being loved) so perfectly that it reaches in and squeezes your soul. Ditto Tim’s sister (Lydia Wilson), a whirling dervish of eccentricity and affection and instability and sadness. In her are so many of us.

As with Curtis’s other films, the casting is key and the filmmakers have assembled a terrific ensemble. Gleeson and McAdams are entirely adorable and have a breezy, believable chemistry that makes it easy to see why he would go to the lengths he does so they can be together. She’s beautiful but awkward; he’s a lanky redhead who’s channeling Hugh Grant in his early days. Nighy is a standout, as is Tom Hollander as the world’s most miserable, humorless and socially inappropriate playwright.

Just as vital, though, is the story which (again, as with Curtis’s previous films) taps into universal fears and longings. The desire to make things perfect, the habit of dwelling on the past (be it literally or figuratively), the belief that changing just one thing could make so much of one’s life so much better, the fear of the future and, of course, the reluctance to say goodbye. Curtis wrings authenticity out of each of those conundrums ¬and, in the process, holds up a metaphoric mirror. Sure, we may not be able to travel through time, but that doesn’t mean we aren’t guilty of the same quirks as Tim.

I’m sure many will fault About Time for the very things I love about it. Is it sappy? Yes. Is it manipulative? Sure. Is it idealistic? You bet. Will you cry? HELLO! But those are, in my opinion, the things that will – as was the case with Love, Actually – win audiences over in spades even if critics turn up their noses. 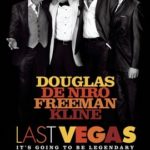 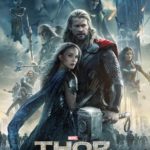