Ben Stiller trades in outlandish comedy for a more thoughtful, introspective approach to this big-screen reimagining of the classic James Thurber short story of the same name.
By Vickieon April 18, 2014
0 Comments
Our Rating 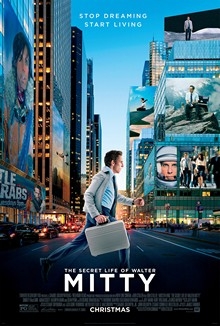 Ben Stiller (who also directs) stars as the titular character, a one-time mohawked teenaged skateboarder, who deflated into a bland, working-stiff adult life after the death of his father. Now a negative-asset manager (i.e., he catalogues all the photo negatives) for LIFE magazine, Walter is a nebbish, bespectacled Everyman, who repeatedly drifts off into elaborate daydreams filled with adventure. Living vicariously through his own imagination, and a 16-year pen-pal-esque friendship with LIFE’s award-winning photographer Sean O’Connell (Sean Penn), Walter ekes out a simple, unremarkable existence.

When LIFE execs decide to fold the magazine, and a smarmy new transition expert (Adam Scott) starts laying off staff left and right, things look dire – for Walter and for his office crush (Kristen Wiig) – until Sean submits a negative of what he says is “the quintessence of life/LIFE.” It’ll be the magazine’s final cover… if only someone can find it. Cue: a cross-continental, decidedly remarkable journey for our otherwise mild-mannered hero.

Effects-driven set pieces and breathtaking cinematography buoy what is otherwise a relatively thin story, and provide eye-popping backdrops for Walter’s gradual ascent – literal and figurative – into the man his teenaged self always wanted to be. Subtle? No. Effective? Yes.

With his salt-and-pepper hair and soulful eyes, Stiller – he of typically over-the-top humor – is surprisingly convincing as a guy trapped under the weight of his own longing and stuck in a rut he so clearly wants to escape. Wiig is fine, and equally understated, but she feels underused, while Penn – despite limited screen time – is perfectly cast and perfectly employed in his role.

Though its storytelling falters a bit – after a while, the film feels as though it plateaus, settling into a travelogue of awe-inspiring vistas sprinkled with vignettes more than a rich, full-bodied narrative – The Secret Life of Walter Mitty nonetheless possess a certain charm. Sure, not a lot happens, but it’s still pretty to look at. And the movie’s final, could-have-been-a-clunker reveal is actually a wonderful, lump-in-throat moment that more than makes up for any of its shortcomings, ending Walter’s evolution on a heartfelt note.

The best word I can think of to describe the film is “nice.” It’s not amazing, it’s not at all bad, it’s just pleasant. Good. Nice. Something suitable to see with your child or your grandparents.

There are quite a few behind-the-scenes featurettes included on the Blu-ray release, covering topics such as the history of the story by James Thurber, a bit about Life magazine’s role in the story, a highlight of Theodore Shapiro creating the score for the film, and Iceland! Iceland! Iceland! Who doesn’t love Iceland? (I do!) There is also a gallery of reference photography, a music video for Jose Gonzales’ “Stay Alive”, the theatrical trailer, and deleted/extended/alternate scenes. 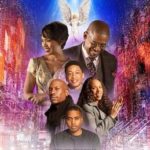 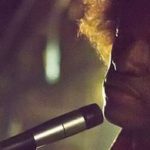