Each year, American Film Institute Awards – favored by artists and entertainment executives for its intimacy and collaborative recognition – honors excellence in the moving image arts within the context of a Year in Review. One of AFI’s national mandates is the creation of an annual almanac that records and preserves the evolution of the moving image arts in the 21st century.

AFI Awards records each year’s most outstanding achievements in film and television. The honorees-only gathering is the only form of national recognition that honors the creative ensemble as a whole – those in front of and behind the camera – and is popular with talent because there are no winners or losers. The private luncheon honors the talented teams that created the 10 most outstanding films and 10 most outstanding television programs of the year.

AFI will honor the creative ensembles for each of these movie and TV programs at an invitation-only luncheon on Friday, January 11, 2013 in Los Angeles, California.

AFI MOVIES OF THE YEAR

AFI TV PROGRAMS OF THE YEAR 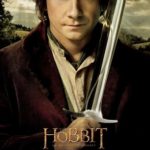