December 9, 2012, Boston, MA — The Boston Society of Film Critics continue the trend of throwing their top award to Kathryn Bigelow’s “Zero Dark Thirty” for Best Picture of 2012. We have to admit our delight to see accolades tossed towards the wonderful “The Perks of Being a Wallflower” as well. Here are the honorees:

Best Documentary: How To Survive A Plague
Runner-up: The Queen Of Versailles 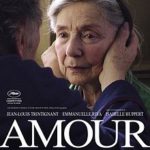